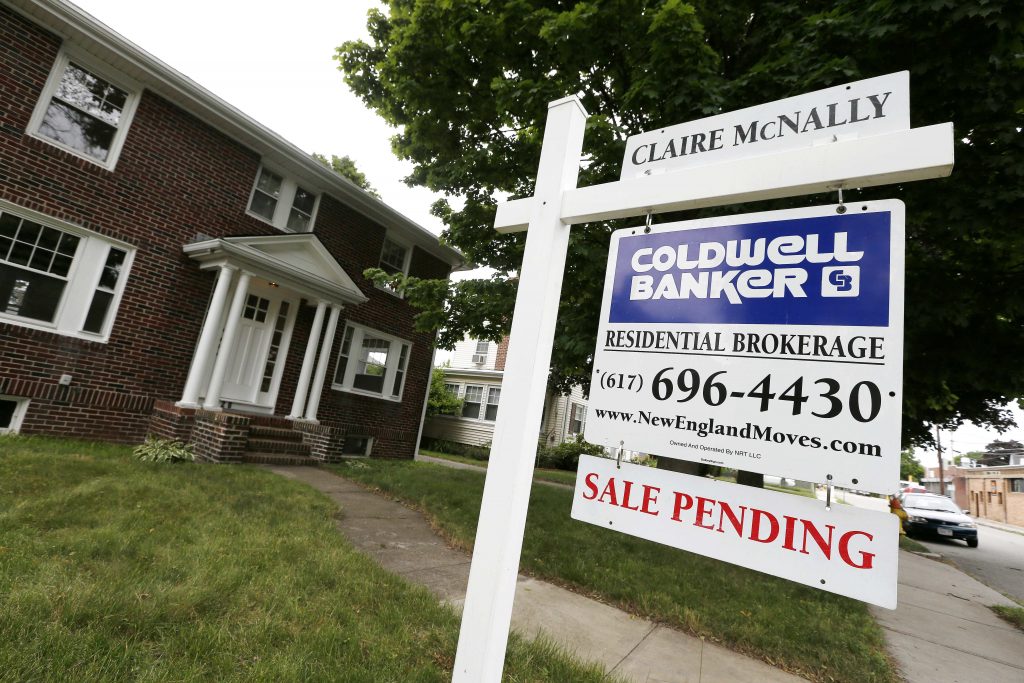 Fewer people signed contracts to buy homes in August, marking the fifth decline in the past six months. The 2.6 percent fall continues to reflect the worsening shortage nationwide of homes being listed for sale.

The National Association of Realtors said that its pending home sales index fell to 106.3 in August from 109.1 in July. It’s the index’s lowest point since a 106.1 reading in January of 2016 and 2.6 percent lower than a year ago.

Pending sales contracts are a barometer of future purchases. Sales are typically completed a month or two after a contract is signed.

An economist for the Realtors is forecasting existing home sales for 2017 to be around 5.44 million, about 0.2 percent lower than last year’s 5.45 million.

The Realtors said Hurricanes Harvey and Irma had a particularly negative impact in the South, where pending sales contracts declined 7.8 percent. Pending sales fell 3.1 percent in the Northeast, but ticked up slightly in the Midwest and West.

Homebuyers are caught in a period of rising home values, a limited selection of properties on the market and a shortage of savings.

A new survey released Wednesday by the real estate firm Zillow found that only 39 percent of millennial buyers this year are able to make the recommended 20 percent down payment — and those that do are more likely to rely on money from family and friends. This trails older buyers who often already own homes and can afford a larger down payment.

As millennials — who account for most first-time buyers — are searching for a home to buy, more than 60 percent are simultaneously looking at rentals. This suggests that a decent number of younger buyers are either getting outbid or not finding properties in their desired neighborhood. Zillow found that 37 percent of millennial buyers went over their budget, much higher than 29 percent of all buyers.

Because the millennials are such a large population, Zillow chief economist Svenja Gudell expects they’ll keep attempting to purchase homes despite any frustrations.