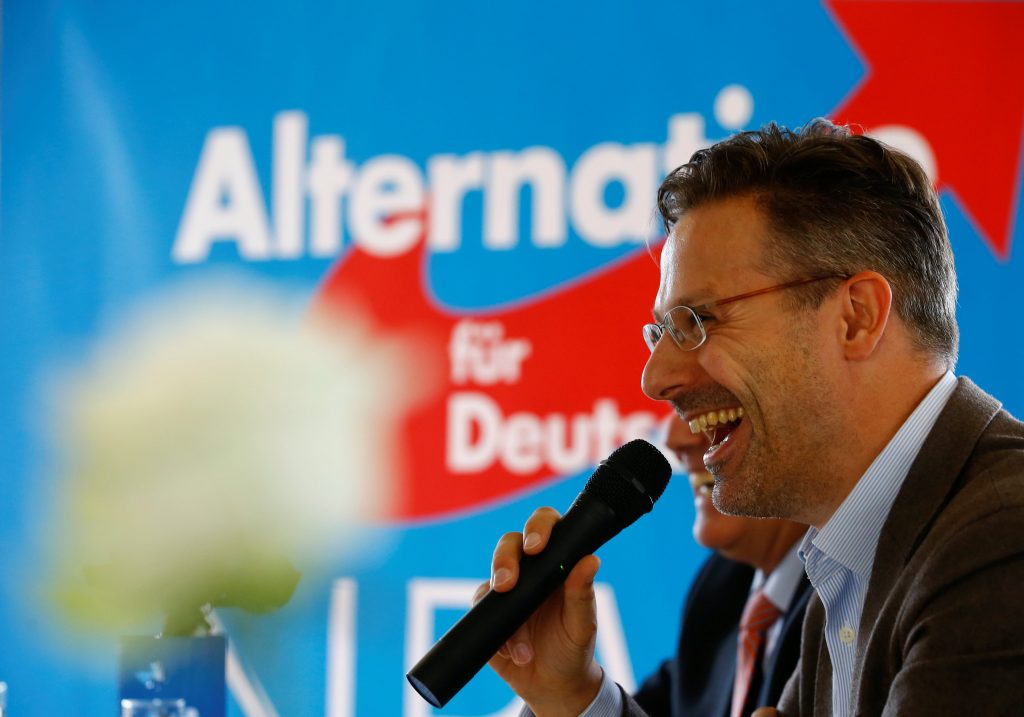 Austria’s anti-immigration Freedom Party (FPO) expelled one of its officials in Tyrol province over reports that he had displayed Nazi paraphernalia in the back of his pharmacy, a party spokesman said on Wednesday.

The FPO, which is fighting with the Social Democrats for the second place in parliamentary elections on Oct. 15, has on previous occasions expelled provincial officials for owning Nazi-related objects, which is illegal in Austria.

In Germany’s election on Sunday, the FPO’s sister party AfD won 12.6 percent of the vote, becoming the third-largest group in parliament and the first from the far right to win seats in the Bundestag since the 1950s. Austria’s FPO is poised to become kingmaker as a junior coalition party, with conservative front-runner Sebastian Kurz expected to gain around a third of the vote with his tough rhetoric on fighting immigration and Islamic “parallel societies.”

Martin Hochstoeger stepped back from his post as a member of the FPO Tyrol party executive after pictures were spread in Austrian media of a marble slate engraved with a quote by Adolf Hitler, a swastika and a tally of a local vote in 1938 favoring Austria’s annexation by Nazi Germany.

“Based on current media reports … I had to expel Dr. Martin Hochstoeger last night after internal deliberations,” said the head of the FPO in Tyrol, Markus Abwerzger, citing potential danger for the party’s ethos.

A spokesman for prosecutors in Tyrol’s main city, Innsbruck, said they were looking into the case. Public broadcaster ORF said on its website that Hochstoeger had declined to comment.

Austria long presented itself as the first victim of the Nazis, a narrative initially supported by the Allies, even though large parts of Austrian society celebrated the 1938 annexation and many took on roles in the Nazi war effort and the Holocaust.