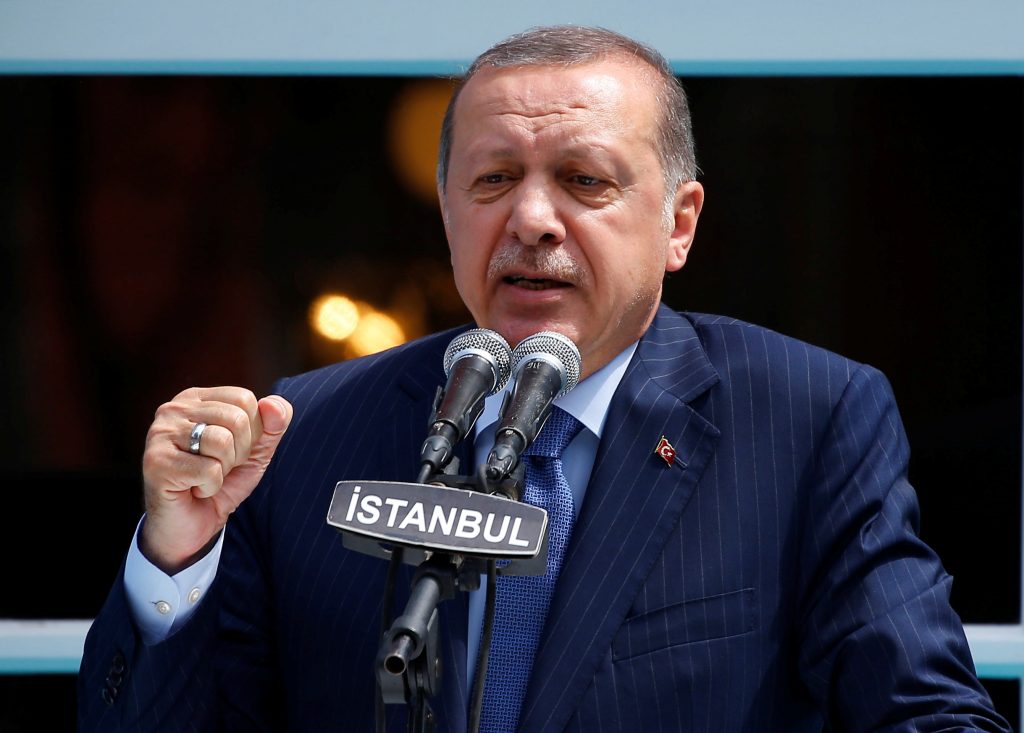 Turkish President Tayyip Erdogan on Tuesday warned that Iraqi Kurds would go hungry if Turkey decides to halt the flow of trucks and oil across its border with northern Iraq, and said all military and economic measures were on the table.

The comments, some of the harshest yet from Erdogan about Monday’s referendum in Iraq’s semi-autonomous Kurdish region, came as Iraqi troops joined the Turkish army for joint military exercises near Turkey’s border with northern Iraq.

Turkey has long been northern Iraq’s main link to the outside world, but sees the referendum as a threat to its own national security, fearing it will inflame separatism among its own Kurdish population.

“[They] will be left in the lurch when we start imposing our sanctions,” Erdogan said in a speech broadcast live.

“It will be over when we close the oil taps, all [their] revenues will vanish, and they will not be able to find food when our trucks stop going to northern Iraq.”

Erdogan has repeatedly threatened economic sanctions, but has so far given few details. Hundreds of thousands of barrels of oil a day flow through a pipeline in Turkey from northern Iraq, connecting the region to global oil markets.

He said that all options – from economic to military measures that involved land and air space – were on the table.

Iraqi soldiers joined Turkish troops for military exercises in southeast Turkey near the border with Iraq on Tuesday, a Reuters witness near the border said, as the two countries coordinate steps in response to the referendum.

Erdogan also accused Massoud Barzani, the president of the Kurdistan Regional Government, of “treachery” over the vote.

“Until the very last moment, we weren’t expecting Barzani to make such a mistake as holding the referendum, apparently we were wrong,” Erdogan said.

“This referendum decision, which has been taken without any consultation, is treachery.”