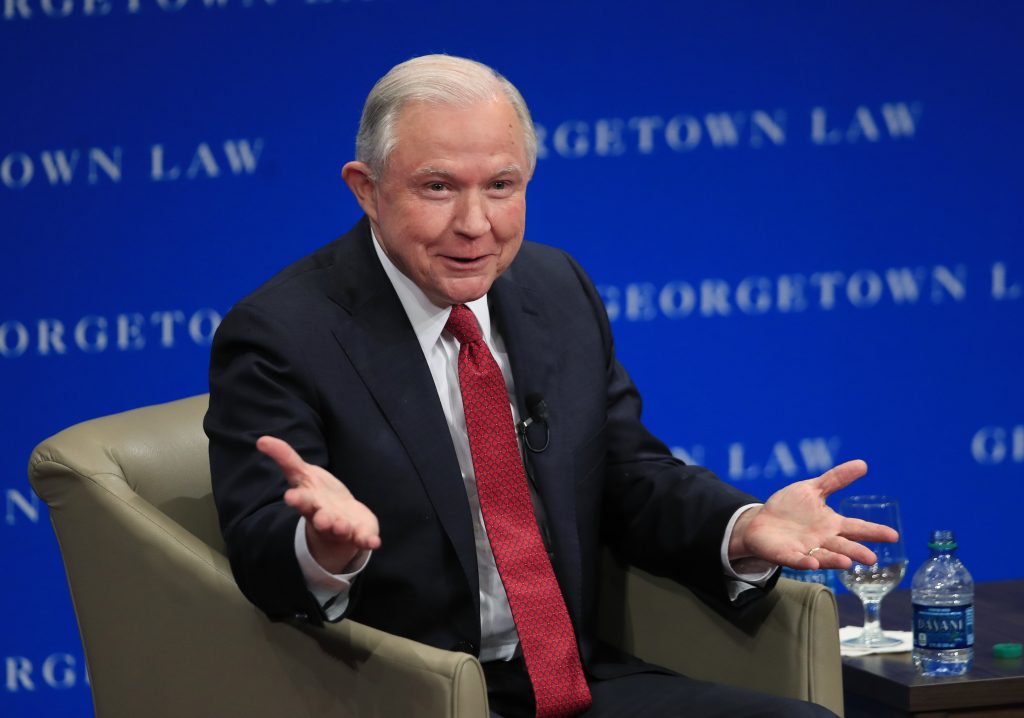 In a speech at Georgetown Law School’s Center for the Constitution, Sessions cited a study that surveyed 450 colleges and universities across the country and found that 40 percent have codes that “substantially infringe on constitutionally protected speech.”

“The American university was once the center of academic freedom – a place of robust debate, a forum for the competition of ideas,” Sessions said in his prepared remarks. “But it is transforming into an echo chamber of political correctness and homogenous thought, a shelter for fragile egos.”

“This attorney general is coming to our campus to tell us to exercise our constitutional rights, when he and the president have repeatedly condemned those who have exercised those rights,” said Spencer McManus, a third-year student from California. “We want people to understand what the First Amendment means.”

With his speech, Sessions is wading into a controversial and sometimes violent campus debate. A “Free Speech Week” at the University of California at Berkeley was canceled Saturday, the day before it was scheduled to begin. In February, a planned speech there by controversial writer Milo Yiannopoulous was shut down by violent protests, and he had vowed to come back.

In March, a Middlebury College professor was hurt and hospitalized after protests outside the speech of a conservative political scientist.

Sessions singled out several colleges and universities in his prepared remarks, including Boise State University and Clemson University in South Carolina.

“But who decides what is offensive and what is acceptable?” Sessions said. “The university is about the search for truth, not the imposition of truth by a government censor.”