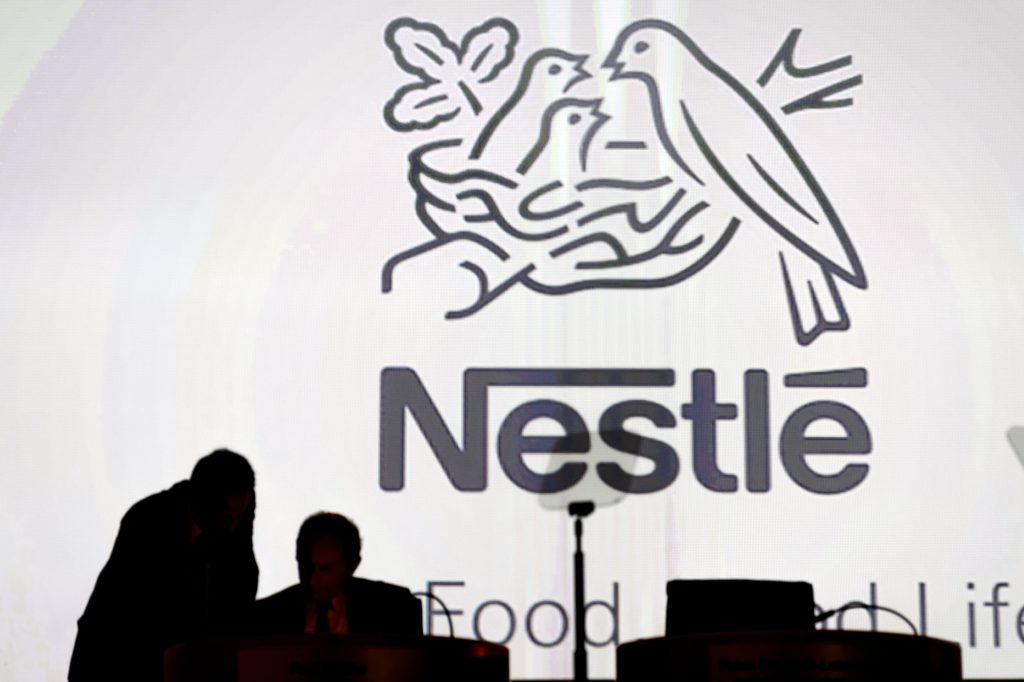 Nestlé plans to switch in or out of businesses with combined sales of almost 10 billion francs ($10 billion) as Chief Executive Officer Mark Schneider focuses on coffee, bottled water and pet care to prioritize profitability over scale.

Selective acquisitions and divestments could affect about 10 percent of total revenue, Schneider said as he unveiled his new strategy to investors at a conference in London on Tuesday. Nestlé is already trying to sell its U.S. chocolate business, its first major retreat from sugary snacks, as it embarks on its biggest revamp in at least a decade.

“We’ll need to trade out of some product areas and into others,” Schneider said. “We’ll act decisively, and the U.S. confectionery is a good example of that.”

For the first time, the Swiss owner of Nespresso coffee and Perrier water set a fixed profitability target, aiming for an underlying trading margin in 2020 that’s as much as 2.5 percentage points higher than what it achieved last year. That’s still shy of the level sought by activist investor Dan Loeb, whose hedge fund firm Third Point bought a $3.5 billion stake in Nestlé earlier this year.

Loeb, who was attending the London presentation, declined to comment on Nestlé’s plans. The shares traded 0.9 percent higher as of 11:12 a.m. in Zurich.

“The target is certainly attainable,” said Jean-Philippe Bertschy, an analyst at Bank Vontobel. “While it will please some investors, others — like Loeb — may be a bit disappointed.”

The adoption of a profit target by Nestlé, which has about 90 billion francs in sales, marks a broader shift among the world’s biggest food companies. With many mass-market brands facing skepticism from consumers seeking healthier alternatives, sales growth is slowing and consumer-goods giants are under pressure from investors to cut costs and to move into more profitable niches.

The CEO already announced a share buyback worth as much as 20 billion francs ($21 billion), the planned disposal of Nestlé’s U.S. confectionery unit and acquisitions of coffee and fresh-food businesses. The company has also been cutting jobs at its skincare unit.

Schneider said Nestlé isn’t immediately changing its stance on its stake in French cosmetics maker L’Oreal, which he described as a “fabulous” investment, contributing 9 percent of the Swiss company’s earnings per share over the past decade. The death of L’Oréal heiress Liliane Bettencourt last week prompted speculation about the future of Nestlé ‘s 23 percent holding in the French cosmetics company.

Nestlé plans to keep its U.S. frozen unit, and the ailing skin-health business has a strategic fit, according to the CEO. He also said the company is trying to revamp its Gerber baby nutrition division in the U.S. and Yinlu food in China.

Nestlé has faced calls for a shakeup from Third Point, whose stake is equal to about 1 percent, while rival Unilever fended off a takeover bid earlier this year from Kraft Heinz Co., backed by buyout firm 3G Capital Partners.

Last year Nestlé announced plans to improve its margin by at least 2 percentage points by 2019 or 2020 through cost savings. The Nescafe maker’s unadjusted trading operating margin has hovered between 15 percent and 15.3 percent during the past six years.

In July, Schneider said Nestlé may expand restructuring beyond its original plan. The company, which had 328,000 employees in 2016, has forecast reorganization costs will rise about 67 percent to 500 million francs this year.