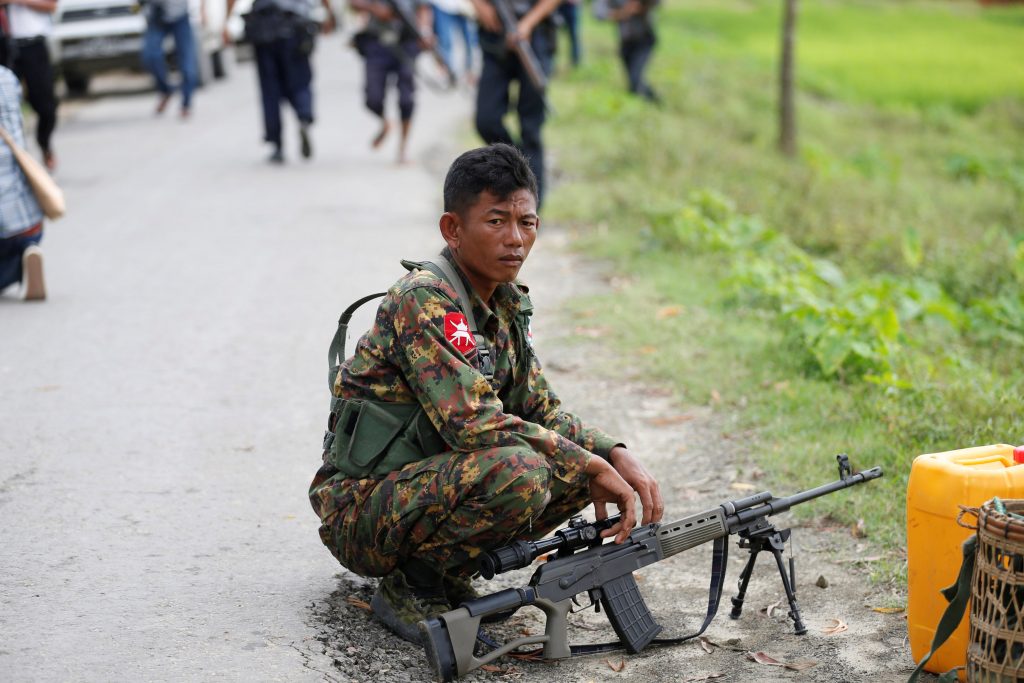 Israel finds itself embroiled in the Myanmar refugee crisis, as the question of whether defense contractors can continue to furnish weaponry to the government in Rangoon, which has been accused of ethnic cleansing of Rohingya Muslims, came before the High Court this week, The Times of Israel said on Tuesday.

The judges issued a ruling on Tuesday, but the contents are under a court gag order, and so it was not known whether the Israeli companies faced a ban or not.

Human rights attorney Eitay Mack, along with ten other activists, petitioned the Court in January to prevent arms sales to Myanmar, where the military has been accused of committing war crimes against the Muslim minority for years before the current crisis.

It was part of a broader campaign to rein in Israeli arms sales to rights violators abroad.

Thus far, the Defense Ministry and the courts have not been sympathetic to the cause. Mack’s appeal to the High Court to halt arms sales to South Sudan last year also ended in a gagged ruling. An attempt to force the release records of Israeli defense exports to Rwanda during its 1994 genocide last year was also rejected.

However, Myanmar is a more blatant case, in which evidence of Israeli arms sales there is solid, and there is little dispute outside the country about war crimes by the country’s military. Supplying weapons to a regime under these circumstances would appear to run counter to international agreements that Israel has agreed to uphold.

Technically, selling weapons to Myanmar would not seem to be in violation of Israeli law, which only bans the sale of weapons to countries that are under an official embargo from the U.N. Security Council, which is not the case in regard to Myanmar, despite the international outcry.

Israel’s defense exporters must act in accordance with a 2007 law that requires the seller to know who the end user of the product will be and what they will use it for. This is meant to ensure that they do not knowingly supply weapons to countries engaged in war crimes or ethnic cleansing. The law can be set aside, however, for diplomatic or security reasons.

The Defense Ministry and the Foreign Ministry are responsible for review of Israeli arms sales to foreign countries, and for deciding which they may do business with. The list of countries that purchase arms from Israeli manufacturers is highly classified. In Myanmar, the secrecy was something of a dead issue, since one Israeli company has already publicized sales to Myanmar.

The state’s attorney in the case, Shosh Shmueli, argued that the court does not have the authority to go against the ministries’ decision.

In response, Mack said that assertion was “crazy” and had “no legal basis.”