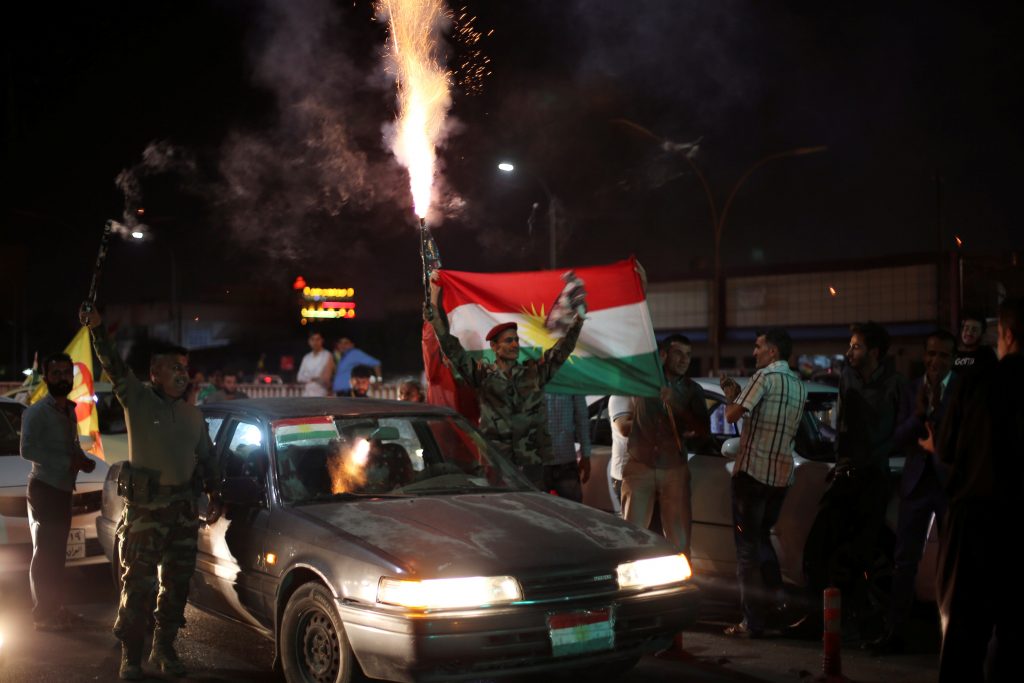 “If Israel does not reconsider its support for Kurdish independence, Turkey could not take any steps” with the Jewish state, according to the Turkish news outlet Daily Sabah.

Erdogan also said that if the Kurdish referendum is held on its own, with only Israel and the PKK (Kurdistan Workers’ Party) recognizing it, then it will not be legitimate.

“Those trying to establish new states in Iraq and Syria should not be surprised when they are tossed aside by those who use them,” he said.

Israeli Prime Minister Binyamin Netanyahu imposed a ban on government officials against any further comments on the Kurdish issue, which has provoked Ankara. Netanyahu himself endorsed Kurdish independence earlier in the month, making Israel the only country to do so, but has been silent on the issue since then.

The referendum showed overwhelming support among Kurds for an independent state.

Meanwhile, senior Iranian officials claimed Tuesday the independence referendum in Iraqi Kurdistan was a “plot” orchestrated by Israel and the United States.

“The Zionist regime and the world arrogance [U.S.] are behind this issue,” the semi-official Fars News Agency quoted the head of the Iranian armed forces, General Mohammad Hossein Bagheri, as saying on Tuesday.