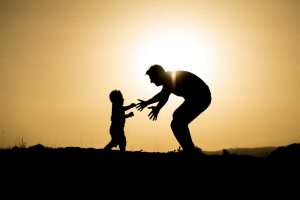 As he stepped into the taxi, before he even had a chance to get his seat belt on, he noticed it. The driver had a large uncomfortable cast on his leg that made its way up his thigh. He had somehow maneuvered himself to be able to sit behind the wheel, but was obviously in severe discomfort. “Mah kara lecha?” (what happened to you) the Rav asked.

“I don’t want to talk about it,” was his curt response. The Rav’s well-tuned intuition warned him that this man was obviously in pain, both physically and perhaps emotionally. “Ha’ikar” he said, “the main thing is that you should have a refuah sheleimah.”

With that, he thought, the conversation had ended.

“Taamin li” (believe me), the driver suddenly responded, “that’s not what I need right now.”

The Rav was aghast. He had only wanted to wish the man well. His blessing had truly been from the heart. What else could he have offered to ease the pain of this obviously hurting Jew? Once again, his sixth sense chimed in. Perhaps he needs a listening ear and a shoulder to cry on. So, for the first time since he entered the taxi, he looked the driver in the eye and sat in silence. The man broke down sobbing.

He couldn’t even drive. His sobs wracked his body, his lungs heaving out each breath. Somehow he managed to pull the car to the side of the road. And once again, the dam burst and the torrent of tears came raging forth. It took some time until he could control himself, but after a while he was able to calm down. And he shared his tragic story.

“Kvod Harav,” he began, “I may not be a tzaddik, but I try to be a good Jew. I don tefillin in the morning and say kriat Shema. I keep a kosher home and, of course, I am shomer Shabbat. But my son… he is not such a good Jew…” and once again, his eyes flooded over. He told the Rav of his struggles raising his son to follow the path of tradition that he had held on to so dearly. But the boy had a mind of his own and refused to adhere to any of his father’s “outlandish” customs.

“This past Shabbat, things got out of hand,” he said. “My son was no longer hiding his disdain for mitzvot and he decided to blatantly break Shabbat. He took the keys to my car and decided to drive off and join his friends. I didn’t know what to do. I was so upset, so hurt, so shocked. I ran out after him and stood in front of the car.”

He paused. He could barely manage to get out the next words. “Kvod Harav… he ran me over.”

This time, as the driver wept, the Rav’s own tears came pouring out. He cried for the father who had suffered so much from his rebellious son. He cried for the tormented soul of this wayward child that had abandoned so much more than tradition. And he cried thinking of the tzaar haShechinah, of the Father of all fathers. The driver’s sighing brought him back to reality.

“Kvod Harav,” he began quietly, “I don’t care about my leg. I don’t need a refuah sheleimah. There’s only one thing I want right now… I want my son to come back home.”

As I heard this bitter tale from my friend who heard it from his Rebbi, I could not help but ponder this father’s unfathomable power of love. After so much pain, and after witnessing his son’s bitter disdain for his way of life, the only thing this father wanted was for his son to come back home. And I pray, “K’rachem av al banim.” Hashem, in Your infinite mercy and compassion, with Your boundless, unconditional love, please accept our teshuvah.