Business ‘We Will Listen’: New Uber CEO Apologizes for Past Mistakes
Business 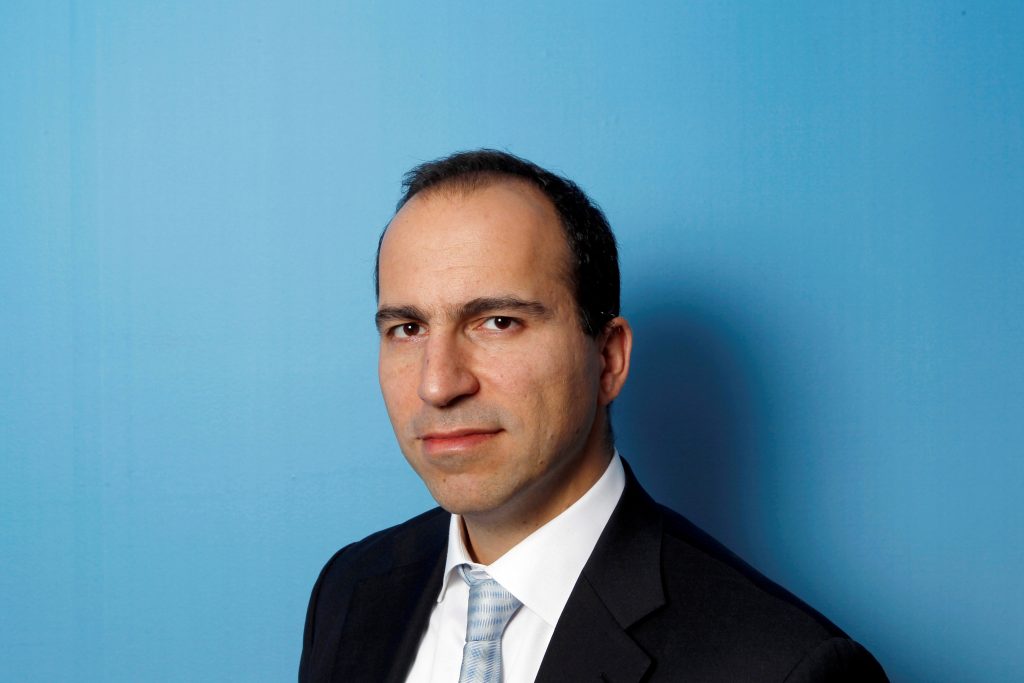 The new CEO of Uber apologized for past mistakes on Monday in a public attempt to show London authorities that the company, known for aggressive tactics, is willing to change to retain its right to operate in the city.

Days after London’s transport authorities decided not to renew Uber’s license to operate, citing a lack of corporate responsibility, CEO Dara Khosrowshahi acknowledged that the company “has got things wrong” during its global expansion.

Uber will appeal the decision of London’s transport authority but will do so “with the knowledge that we must also change,” he said in an open letter to Londoners published by the Evening Standard newspaper.

“We won’t be perfect, but we will listen to you,” Khosrowshahi. “We will look to be long-term partners with the cities we serve; and we will run our business with humility, integrity and passion.”

Mayor Sadiq Khan welcomed Khosrowshahi’s apology and said he was pleased to see the company acknowledge the issues it faced in London. Transport for London said last week it wouldn’t renew Uber’s license when it expires Sept. 30. Uber can continue operating while it pursues an appeal.

“Even though there is a legal process in place, I have asked TfL to make themselves available to meet with him,” Mr. Khan said of Khosrowshahi.

Uber has struggled with a series of scandals this year, ranging from accusations of harassment to suggestions that it used software to hide information from regulators. Khosrowshahi took over as CEO this month after co-founder Travis Kalanick was ousted following complaints about his management style.

Transport for London said Friday that it wouldn’t renew Uber’s license because the company isn’t “fit and proper” to operate in the city, where it has 3.5 million users and 40,000 drivers. Uber didn’t report serious criminal offenses to London police, authorities said, and failed to conduct proper background checks on its drivers. The regulator also cited Uber’s use of a phony app to deceive regulators in the U.S.

Some Uber supporters say the critique is a smokescreen for a politically motivated decision that was designed to appease London taxi drivers, not protect public safety. Uber has long been a target of cab drivers who complain that Uber and its drivers don’t have to comply with the same licensing standards, giving the ride-hailing service an unfair advantage.

Khosrowshahi’s apologetic letter comes after days of tense media exchanges between Uber representatives and Mayor Khan, who said any operator of taxi services in the city “needs to play by the rules” and that people angry about the decision should blame the ride-hailing company.

It’s the first crisis for Khosrowshahi, an executive with a reputation for high ethical standards who was hired last month from travel booking site Expedia. The row interrupted Khosrowshahi’s orientation at Uber, where he spent his first few weeks riding with drivers and getting to know the company.

In a note to employees after Friday’s decision, Khosrowshahi said he disagreed with the decision made by Transport for London, and it would be tempting to call it unfair. But he also said that Uber must look at how it got into the mess.

“The truth is that there is a high cost to a bad reputation,” he wrote. “Going forward, it’s critical that we act with integrity in everything we do, and learn how to be a better partner to every city we operate in.”

The London ruling, while bad news for Uber, does give Khosrowshahi a chance to show how Uber is changing, said Jan Dawson, chief analyst for Jackdaw Research in California. Khosrowshahi should get on the next plane to London to speak with regulators and work out a plan to address their concerns, Dawson said.

Dawson expects Uber to win its fight with London authorities, although regulators likely will be able to extract concessions from the company.

Uber has squared off with regulators in the past, often winning by bringing political pressure to bear.

“You’re talking about an 800-pound gorilla,” says Chicago Alderman Anthony Beale, who fought Uber over regulations and so far unsuccessful efforts to make the company conduct fingerprint background checks of its drivers just like taxi companies. “This company needs to be regulated. They need to be regulated heavily because they’re out of control.”

Abs Dawodu, a London resident, said that forcing Uber off the streets of London would remove a lower-cost alternative to traditional black cabs.

“I can get an Uber for an hour, and if there is two of us, it’s 20 pounds, whereas if it’s a black cab and you go across London it’s going to be a lot more than that,” he said.

But John Colley, a professor at the Warwick Business School, points out that Londoners have other options to black cabs, including pre-booked car services such as Addison Lee. He doubts Uber will be able to demonstrate that it has changed its ways because Kalanick remains on the board and has a large ownership stake.

“In the short term, expect plenty of PR, but the prospects of the culture changing while Kalanick is still there are slim,” he said.