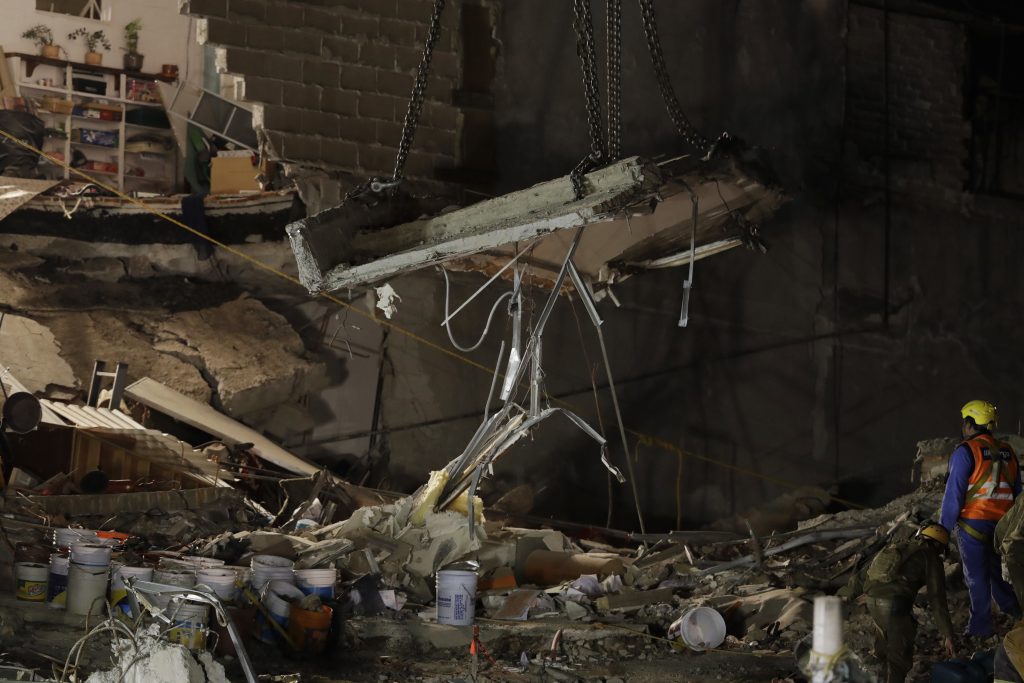 Search teams were still digging in dangerous piles of rubble Monday, hoping against the odds to find survivors in collapsed buildings in Mexico City, where the death toll from the Sept. 19 earthquake rose to 186, and 324 nationwide.

Officials said they had cleared only 103 of Mexico City’s nearly 9,000 schools to reopen Monday.

The need to inspect 98 percent of the capital’s public and private schools nearly a week after a magnitude 7.1 earthquake was a stark indicator of just how long the path back to normalcy will be.

Federal Education Secretary Aurelio Nuno said it could take a couple more weeks to inspect all of the schools, and the government will announce each day which schools have been cleared to resume classes. For schools found to have structural damage, students could be put in temporary classrooms.

“For the safety of the boys, the girls, the teachers and for the peace of mind, of course, of all the fathers and all the mothers, all schools will be inspected,” Nuno said.

Rescue operations aimed at finding living survivors remained active in at least three sites in Mexico City — two apartment buildings and an office building — but hope dimmed every time rescuers had to retreat due to instability of debris. But no one has been found alive since Wednesday, when a woman was pulled from debris.

A total of 38 buildings in the Mexican capital — mostly apartment blocks or office buildings — collapsed in Tuesday’s earthquake.

The first days saw a dramatic scramble with picks, shovels and bare hands to reach survivors, and well over 100 were saved.

Thousands of people are homeless because their houses or apartment buildings, while still standing, are too dangerous.

Mexico City Mayor Miguel Angel Mancera said about 9,000 damaged properties had been examined so far and more than 8,000 were deemed safe, needing only minor repairs.

Mancera told the Televisa network that about 700 were going to need some repairs but would be habitable again. About 300 either needed major structural reinforcement or would have to be demolished.

One by one, the searches have closed down in recent days, after sniffer dogs were sent in and didn’t find life and thermal imaging devices turned up no body heat signatures. Heavy machinery moved in to begin removing the mountains of debris. Empty lots began to appear where just days ago a building stood.