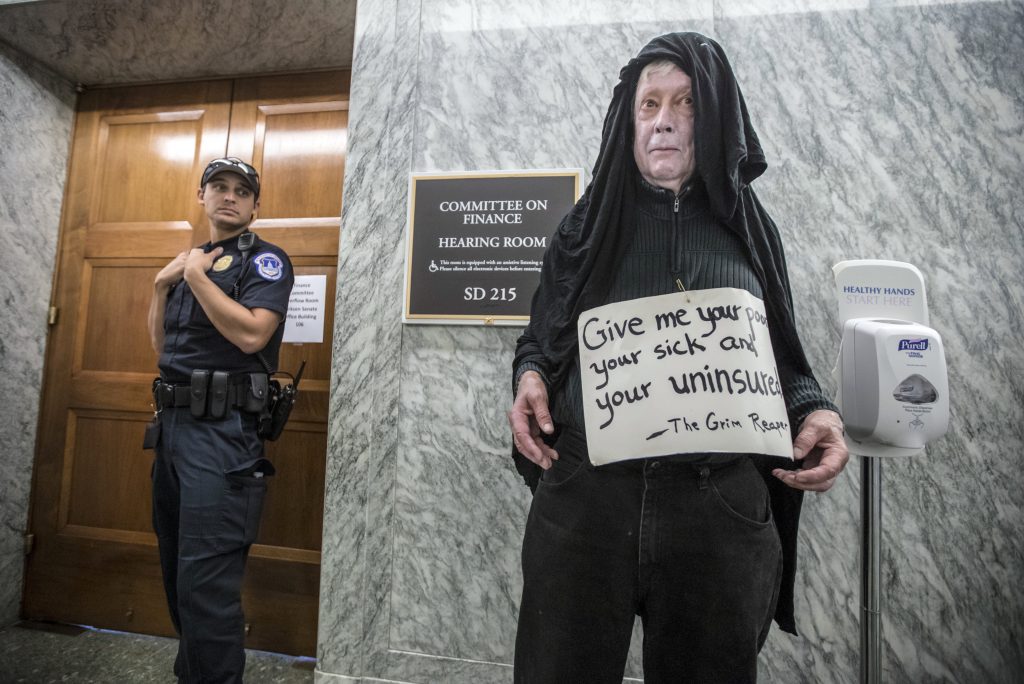 Top Republicans added billions of extra dollars and eased coverage requirements to their effort to repeal the Obama health-care law, as party leaders labored Monday to stave off defeat in a Senate showdown this week.

The updated measure would add $14.5 billion and mean added funds for states including Alaska, Arizona, Kentucky, Maine and Texas. All are home to dissident senators whose support leaders need to push the measure through the narrowly divided Senate.

Such changes might appeal to conservative Sen. Ted Cruz, R-Texas, who said Sunday he didn’t support the measure and said it needed added steps to drive down premiums.

The rewriting came as Republicans gird for a final, uphill push to deliver the party’s long-time promise to obliterate Obama’s 2010 law. In an embarrassing crash, the Senate rejected three earlier versions this summer.

A vote must occur this week for Republicans to have any chance of prevailing with their narrow margin. Next Sunday, protections expire against a Democratic filibuster, bill-killing delays that Republicans lack the votes to overcome.

The legislation would eliminate Obama’s expansion of Medicaid and the subsidies the law provides millions of people to reduce their premiums and out-of-pocket costs. Instead, block grants would be given to states with few strings on how the money would be spent.

GOP Sens. Rand Paul of Kentucky and John McCain of Arizona have said they oppose the measure. Susan Collins of Maine seems a near-certain opponent while Alaska’s Lisa Murkowski is still undecided.

Republicans control the Senate 52-48 and can lose only two GOP senators and still prevail since all Democrats will vote “no.” Vice President Mike Pence would cast the tie-breaking vote to push the bill to passage.

Cassidy was scheduled to defend his bill at a hearing later Monday by the Senate Finance Committee. Testifying against the measure will be Sen. Mazie Hirono, D-Hawaii, who’s been diagnosed with kidney cancer.

The Congressional Budget Office was expected to release its analysis of the legislation early this week.

But the CBO, which is lawmakers’ nonpartisan fiscal analyst, has said that it doesn’t have time to determine the bill’s impact on coverage and premiums, major factors for some lawmakers deciding their votes. Instead, the office is expected to only detail its estimates of the measure’s effect on federal deficits.

On Sunday, Collins said she was unhappy over the bill’s cuts in the Medicaid program for low-income people and the likelihood that it would result in many losing health coverage and paying higher premiums.

“It’s very difficult for me to envision a scenario where I would end up voting for this bill,” said Collins.

The conservative Cruz also voiced opposition, underscoring the bill’s problems with both ends of the GOP spectrum.

“Right now, they don’t have my vote,” Cruz said at a festival in Austin, Texas.

Paul said even though the bill transforms federal health-care dollars into block grants that states would control, the GOP bill left too much of that spending intact.

McCain has complained that Republicans should have worked with Democrats in reshaping the country’s $3 trillion-a-year health-care system and cited uncertainty over the bill’s impact on consumers.

The numbers are misleading, partly because they omit GOP Medicaid cuts from clamping per-person spending caps on the program, said Matt House, spokesman for Senate Minority Leader Chuck Schumer, D-N.Y. In a statement, Schumer said the measure would “throw our health insurance system into chaos.”

Collins was on CBS and CNN, and Paul was on NBC.