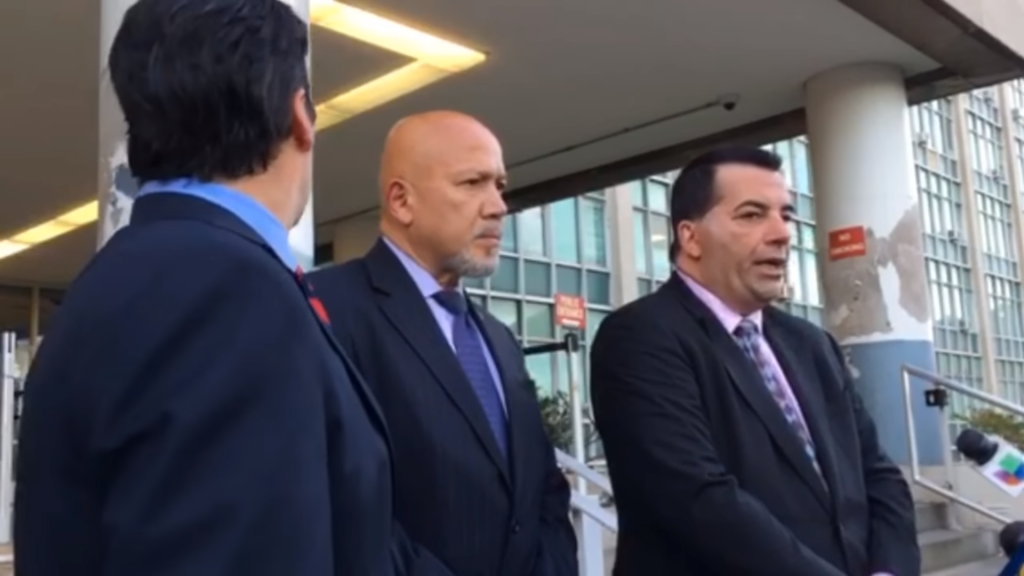 The mayor of Paterson, N.J., who pleaded guilty to corruption last week, resigned Monday, abandoning his bid to stay in office until he’s sentenced.

Jose “Joey” Torres had been due to appear at a court hearing Monday where state prosecutors were seeking to have him immediately removed from office. But that hearing was scuttled after he decided to waive that appearance and instead notified the city Sunday night that he would be stepping down at the start of the business day on Monday.

Torres had pleaded guilty Friday after months of saying he was innocent, but he initially sought to stay in office until Nov. 3 to provide a “smooth transition.” City Council President Ruby Cotton is now the city’s mayor, but she has said she won’t seek the office in the May 2018 election.

Torres and three city public works officials were charged with conspiring to have city employees work overtime at a warehouse leased by the mayor’s family. But the attorney general’s office last spring offered co-defendants plea bargains, allowing them to avoid jail time if they testified against the mayor.

Over the weekend, Torres attended and spoke at a public ceremony dedicating a new monument to police officers. People attending the event said he received polite applause and did not mention his conviction during a brief speech, according to The Record newspaper.