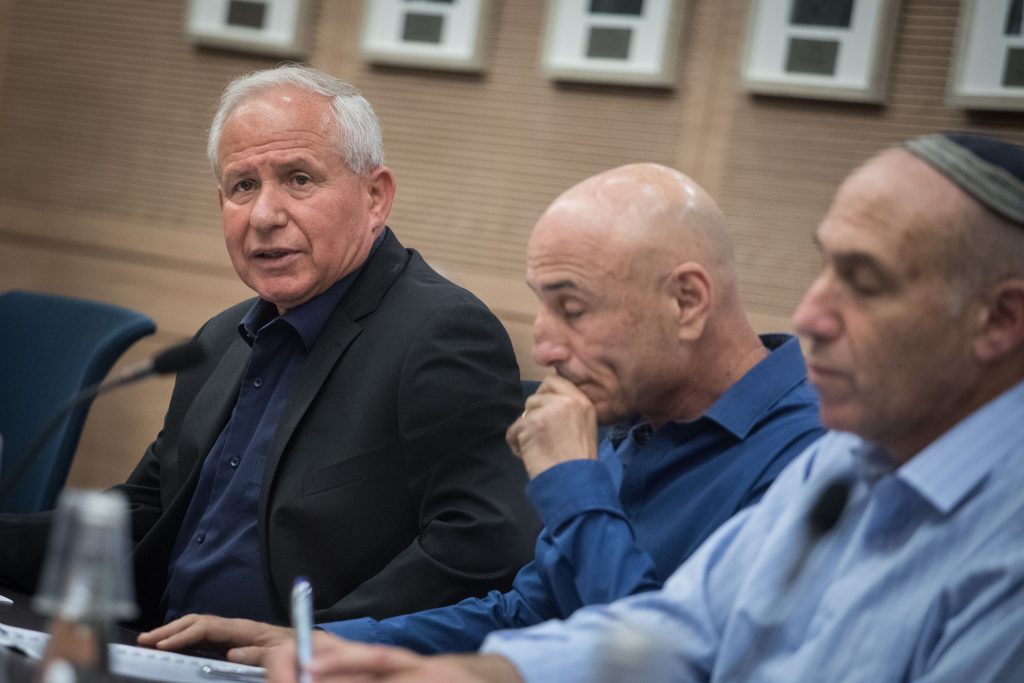 The Knesset Foreign Affairs and Defense Committee published a report on Monday criticizing the civilian echelons for failing to provide strategic guidance to the IDF in the 2014 Gaza war and beyond.

The committee charged that IDF’s Gideon Plan, a five-year program begun a year ago to gird the military for coming challenges, was “designed from the bottom up,” by the IDF, when long-range planning of this type should originate with the civilian side.

To remedy this shortcoming, the committee called for the design of a national security concept that would better define the IDF’s role. To that end, it recommended a specific reform: starting with the Ministerial Committee on National Security Affairs (the Cabinet), using staff work to coordinate the NSC, defining the IDF’s role in achieving national security goals, according to which the IDF will begin work to design the next plan, while the NSC supervises compliance with the directives from the political echelon, goals and state resources.

Ofer Shelah (Yesh Atid), who headed the subcommittee that drafted the report, later approved by the full committee, said that while some aspects of the country’s defense strategies must be classified, “the defense strategy needs to be public.”

Gideon, the report said, was put together “without a written national defense outlook that was approved and presented publicly.”

The MK’s also noted that the Gideon Plan does not take into account the “tectonic shift” made by Russia’s renewed presence in the region, since it was formulated before Moscow sent troops to Syria.

“What can we do, what do we want, what are our options in a war” are all aspects of the plan that need to be revisited in light of Moscow’s return to the Middle East, Shelach said.

The report called for the government to review the entire plan and make changes where necessary, as well as to start the process of preparing a plan to succeed Gideon, which ends in 2020.

Chairman of the Foreign Affairs and Defense Committee, MK Avi Dichter (Likud), a former head of the Shin Bet, and five other Knesset members from across the political spectrum, participated in drafting the report.

A public, 30-page version of the report was released on Monday. A full, 54-page classified version, which includes additional information, was also presented to the relevant defense bodies.

MKs Moti Yogev (Jewish Home) and Yoav Kish (Likud) refused to sign the unclassified version and assailed the motives of some of their colleagues, which the Prime Minister’s Office noted caustically later in the day:

“We will study the report, but it is regrettable to hear MK’s Kisch and Yogev who were among the report’s authors, speak of MK Ofer Shelah’s attempt to use the report as a tool for political gain.

“The citizens of Israel know that Prime Minister Netanyahu leads an intelligent defense policy that maintains Israel’s security in a stormy Middle East,” the bureau said in response.

Dichter defended the subcommittee’s work, denying politicization of the process:

“This is a professional report. In those cases that, in my opinion, were written with a political slant, it is different. In the report, we deal with the Gideon Plan. In the five years of the plan, the Knesset allocates about half a trillion shekels by law. Our responsibility as a committee is to enable the public to learn to some degree about which of the things for which this huge budget is allocated are up to par and which are weak,” Arutz Sheva quoted him as saying.

“Ultimately, when we recommend in the report that the next plan be formulated by the political echelon, this is a purely professional issue. I used to be a member of the cabinet, and I see no problem in giving advice to cabinet members today. I am convinced that the Prime Minister and the Defense Minister will find items that will help them. The report is not political,” Dichter said.

He added that “MKs who chose not to sign the public report did sign the secret version. “The entire open report is taken from the confidential one,” Dichter said.

In a statement, the IDF gave a standard response, saying that it received the full report and “a detailed response to its contents has already been sent…lessons of the report will be learned” it said, and “praised every process of examination and oversight.”