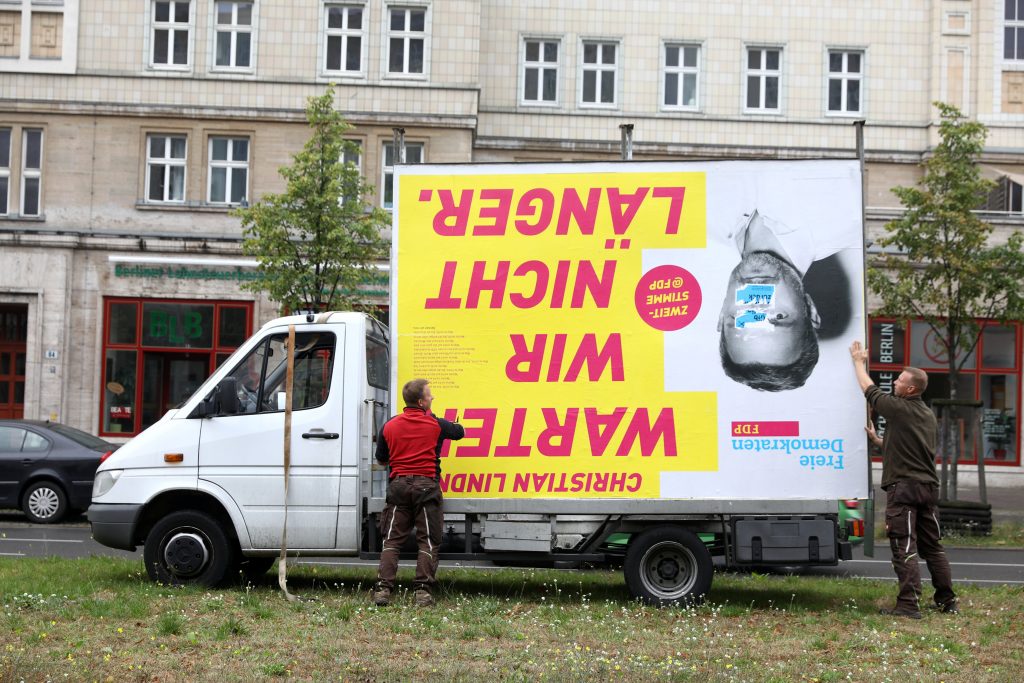 Germany’s Angela Merkel turns to the task of sounding out partners to build a coalition government after securing a fourth term as chancellor in Sunday’s election, although she has been weakened by a surge in support for the far right.

Damaged by her decision two years ago to allow 1 million migrants into Germany, Merkel’s conservative bloc took 33 percent of the vote, down 8.5 points from the 2013 election and hitting its lowest level since 1949.

The country’s establishment was shocked as voters flocked to the anti-immigration Alternative for Germany (AfD), which scored 12.6 percent. It was the first time a far-right party will enter the German parliament in more than half a century.

However, Merkel’s party is still the biggest parliamentary bloc and Europe’s most powerful leader said her conservatives would set about building the next government. She said she was sure a coalition would be agreed by the end of 2017.

“There cannot be a coalition government built against us,” she said.

Investors were unsettled by the prospect of a weaker Merkel at the head of a potentially unstable coalition with the pro-business Free Democrats (FDP) and Greens.

The euro slipped in early trading on Monday while German stocks also opened slightly weaker, down 0.2 percent at the open. German debt gained as demand for safe-haven assets rose in the wake of the vote.

“Earthquake, warning, landslide, shock. This election can only be described with such drastic vocabulary. It was an anti-Merkel election which ended as a pro-Merkel election,” said Germany’s Handelsblatt business daily.

Many Germans were alarmed by the rise of a party likened by the foreign minister to Nazis. Protesters threw stones and bottles at police outside the AfD’s campaign party in Berlin on Sunday evening.

“The AfD in the German Bundestag (parliament) is damaging our country,” employers’ association BDA leader Ingo Kramer said. “The other parties now have the task of cornering the AfD in direct parliamentary debate.”

Leading AfD candidate, Alexander Gauland, gave a foretaste of the hostile new tone expected in parliament, saying it would “hound” Merkel and “get our country and our people back.”

“Our companies need clear signals. Now it’s all about averting damage to Germany as a place of business,” Dieter Kempf, president of the BDI industry association, said.

Merkel’s current coalition partner, the centre-left Social Democrats (SPD), said it would go into opposition after slumping to a post-war low of 20.5 percent.

However, if the SPD sticks to its guns, Merkel’s only other choice is to pursue a three-way partnership between her conservatives, the FDP and the Greens, dubbed “Jamaica” as the parties’ black, yellow and green colors mirror its flag.

Such an alliance could be fragile due to deep differences on issues from migrants to tax, the environment and Europe.

In particular, the prospect of Merkel sharing power with the FDP is likely to create problems for deeper integration of the euro zone as proposed by French President Emmanuel Macron.