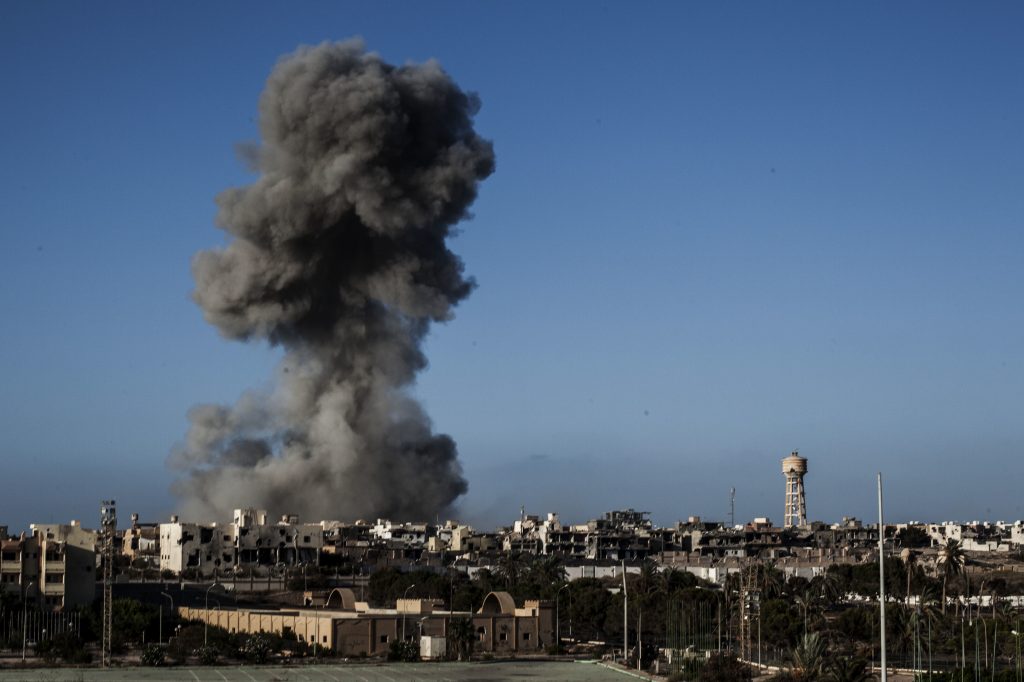 U.S. Africa Command said in a statement, that strikes on Friday targeted a camp 150 miles (240 km) southeast of Sirte, a city that was once the Islamic State stronghold in Libya. The camp was used to move fighters in and out of Libya, plot attacks and store weapons, the statement said.

“IS and al-Qaeda have taken advantage of ungoverned spaces in Libya to establish sanctuaries for plotting, inspiring and directing terror attacks,” the statement said.

The last known U.S. strike in Libya was on Jan. 19, a day before Trump’s inauguration, when more than 80 Islamic State terrorists, some of whom were believed to be plotting attacks in Europe, died in U.S. air strikes on camps outside Sirte.

That strike was led by two B-2 bombers, which took off from Whiteman Air Force Base in Missouri to carry out a 30-hour round-trip bombing run. They dropped about 100 precision-guided munitions on the camps.

Islamic State took over Sirte in early 2015, turning it into its most important base outside the Middle East and attracting large numbers of foreign fighters to the city. The group imposed its hardline rule on residents and extended its control along about 155 miles (250 km) of Libya’s Mediterranean coastline.

But it struggled to keep a footing elsewhere in Libya and by last December was forced out of Sirte after a six-month campaign led by brigades from the western city of Misrata and backed by U.S. air strikes.

Islamic State terrorists have shifted to desert valleys and inland hills southeast of Tripoli as they seek to exploit Libya’s political divisions after their defeat in Sirte.