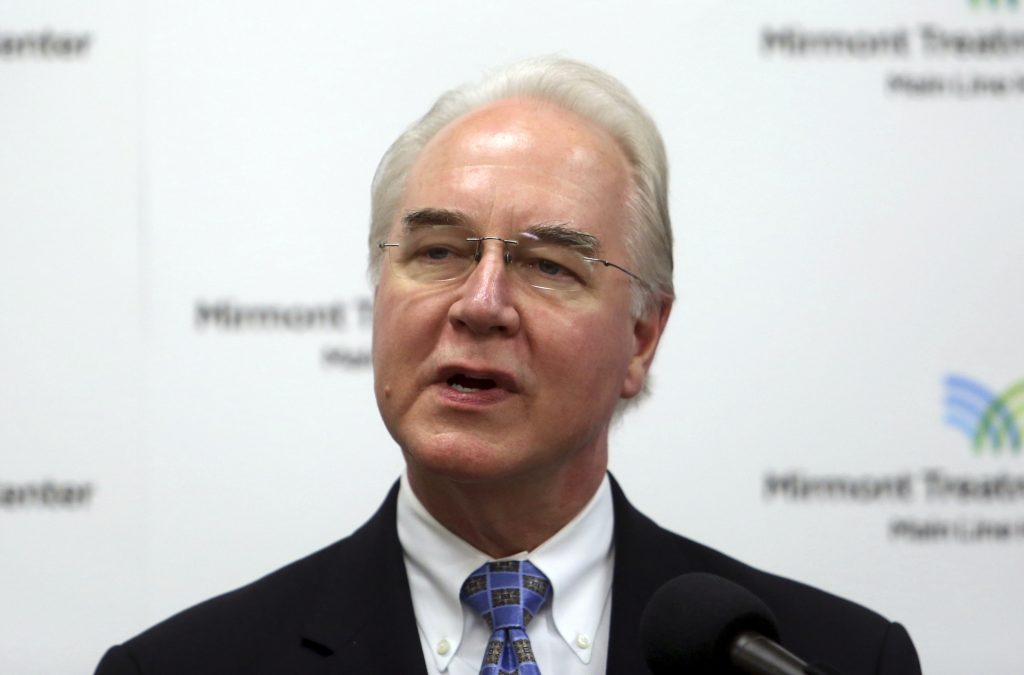 Health and Human Services Secretary Tom Price said Saturday that he will no longer take taxpayer-funded trips on private jets until his department’s inspector general completes a review that was announced one day earlier.

“I think that’s appropriate because of the concerns that we’ve heard,” Price said during an appearance on Fox News.

HHS Inspector General Daniel Levinson said Friday through a spokeswoman that he would seek records of Price’s travel and examine the justifications for the trips. All of the flights were for official business, but House Democrats had requested the investigation, saying the flights appeared to violate a federal law that aims to ensure executive branch officials use the most affordable travel available.

“We’ve heard the concerns,” Price said. “And we take that very seriously and have taken it to heart.”

He added that he and his staff “will cooperate fully” with the review and are open to “any changes or reforms that are necessary.”

“And if there are, then we look forward to instituting those, because we welcome this review,” Price said.

He emphasized that traveling by charter plane is not the norm for him and his team.

“We’ve taken many, many trips in cars, sometimes four and five hours at a time,” Price said.