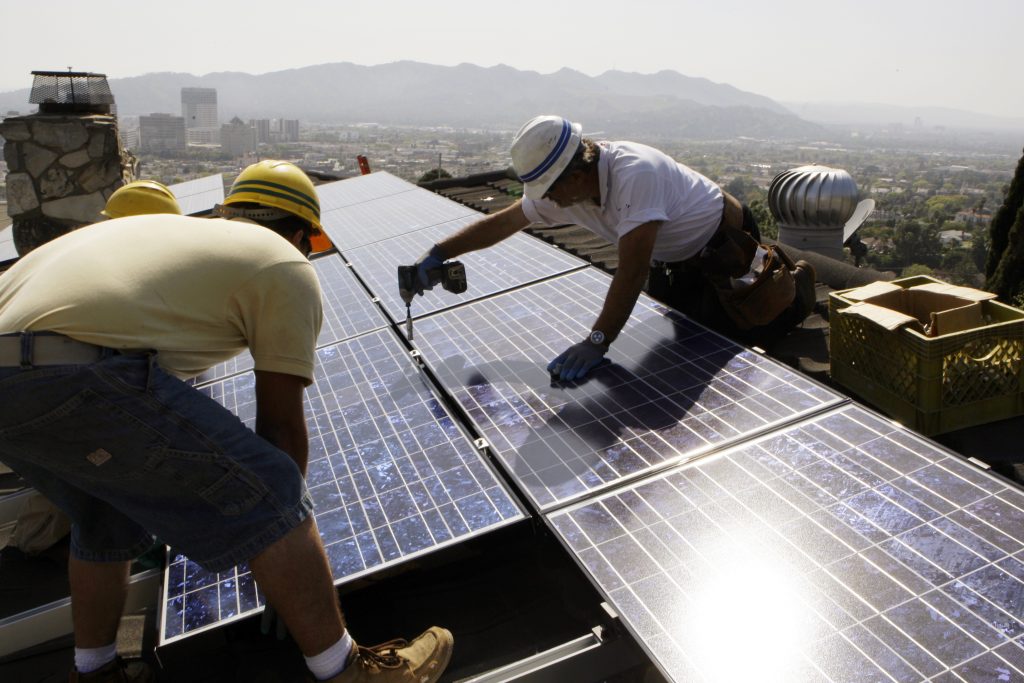 U.S. trade officials on Friday empowered President Donald Trump to impose tariffs that could cut off the solar energy industry from the cheap foreign-made panels that have driven its explosive growth and helped create tens of thousands of jobs in California.

The tariffs under consideration are meant to protect a small number of American solar-panel manufacturers reeling in the face of cheap imports. The U.S. International Trade Commission voted to enable Mr. Trump to impose them at the behest of two distressed firms that warned the American panel manufacturing industry is in a state of collapse.

But most of the solar industry fiercely opposes the levies, which independent analysts warn would drive up consumer prices and cause the number of annual solar installations in the U.S. to plunge. Only a fraction of American solar companies makes the panels. Most rely on imports to keep prices competitive with other forms of electricity. More than 90 percent of solar installations in the U.S. use imported panels.

Some 16,000 California jobs could disappear if the heavy tariffs being sought by the distressed manufacturers are imposed, according to an estimate from the Solar Energy Industries Association. That is more than a quarter of the solar jobs in California. Nationwide, the association projects 88,000 jobs would vanish.

The governors of Nevada, Colorado, Massachusetts and North Carolina had implored the trade commission not to authorize tariffs in a last-ditch lobbying effort Thursday. Their letter warned of a “devastating blow on our states’ solar industries” and “unprecedented job loss, at steep cost to our states’ economies.” In California, which would get hit with more job losses than any state, the governor’s office has also been closely watching the situation.

Congress also weighed in, with 69 Republicans and Democrats urging commissioners against greenlighting the tariffs. Several think tanks on the right that have long tangled with the solar industry also lobbied against the tariffs, warning they would be an affront to free trade.

Now the matter is in Mr. Trump’s hands. The president has been eager to use tariffs in a bid to revive flagging U.S. manufacturing industries, and the commission vote will test his resolve as a protectionist. The White House was noncommittal following the 4-0 vote at the commission. “The President will examine the facts and make a determination that reflects the best interests of the United States,” said its statement. But the White House signaled it sympathizes with the distressed companies, saying their corner of the solar industry “contributes to our energy security and economic prosperity.”

Commissioners will take the next few weeks to consider how steep the tariffs should be and make a recommendation to the White House. Mr. Trump is not obligated to follow their advice.