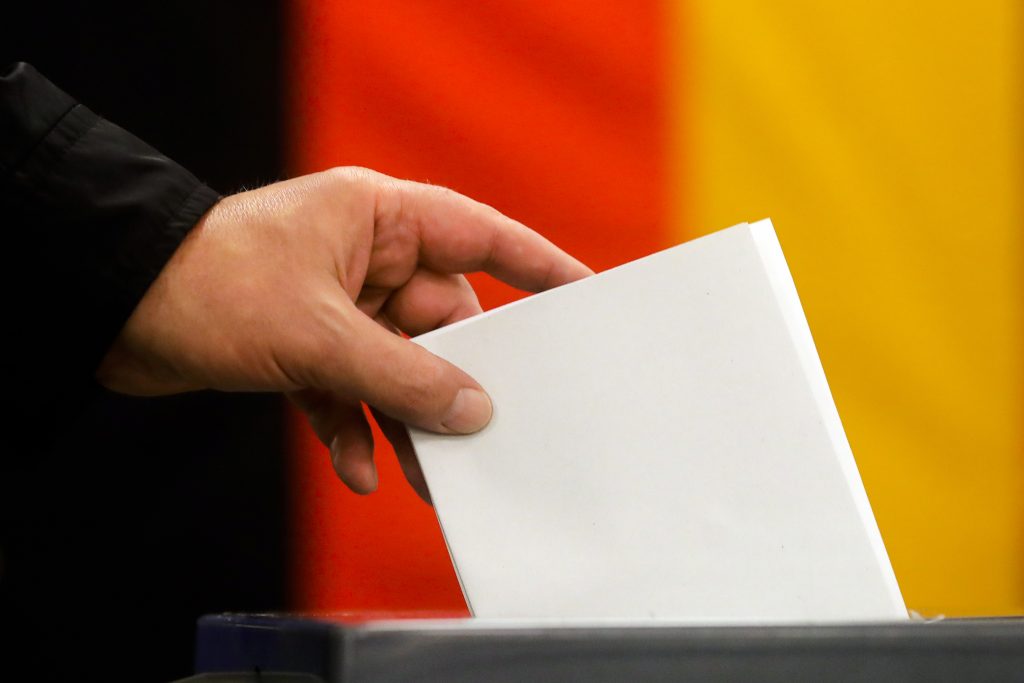 German Chancellor Angela Merkel’s conservatives beat their rivals on Sunday to win her a fourth term in an election that will also bring a far-right party into Germany’s parliament for the first time in more than half a century, exit polls showed.

Merkel must now form a coalition government – an arduous process that could take months as all potential partners are unsure whether they really want to share power with her.

Merkel’s conservative bloc won 32.5 percent of the vote, making them the largest parliamentary group, an exit poll for broadcaster ARD indicated. However, that was down from 41.5 percent in the last election, in 2013.

Support for their closest rivals, the center-left Social Democrats (SPD) which are currently junior partners in a so-called “grand coalition” with Mrs. Merkel, slumped to 20.0 percent – a new post-war low. The SPD ruled out a rerun of that tie-up.

The far-right Alternative for Germany (AfD) stunned the establishment by finishing third and entering parliament for the first time with 13.5 percent of the vote.

SPD deputy leader Manuela Schwesig said her party would now go into opposition. That would rule out a rerun of Mrs. Merkel’s existing alliance with the SPD.

An alternative coalition for Mrs. Merkel would be a three-way tie-up with the liberal Free Democrats (FDP) and the ecologist Greens. That is a combination as yet untested at national level and known as the “Jamaica” option because the three parties’ colors are those of the black-gold-green Jamaica national flag.

Both the FDP and the environmentalist Greens have played down the prospect of a Jamaica coalition, but as they have been out of government for four and 12 years, respectively, they may be lured into an alliance by the prospect of power.

Whatever the makeup of her coalition, Chancellor Merkel, 63, faces four years of government in a fragmented parliament after the return of the FDP – unrepresented at the national level for the last four years – and the arrival of the AfD.

Founded in 2013 by an anti-euro group of academics, the AfD has morphed into an anti-immigration party that has gained in popularity from Merkel’s 2015 decision to leave German borders open to over one million migrants, most of them fleeing war in the Middle East.

The party’s entry into the national parliament heralds the beginning of a new era in German politics that will see more robust debate and a departure from the steady, consensus-based approach that has marked the post-war period.

The other parties elected to the Bundestag all refuse to work with the AfD, which says it will press for Merkel to be “severely punished” for opening the door to immigrants.

After the AfD hurt her conservatives in regional elections last year, Merkel, a pastor’s daughter who grew up in Communist East Germany, wondered if she should run for reelection.

But with the immigration issue under control this year, she threw herself into a punishing campaign schedule, presenting herself as an anchor of stability in an uncertain world.