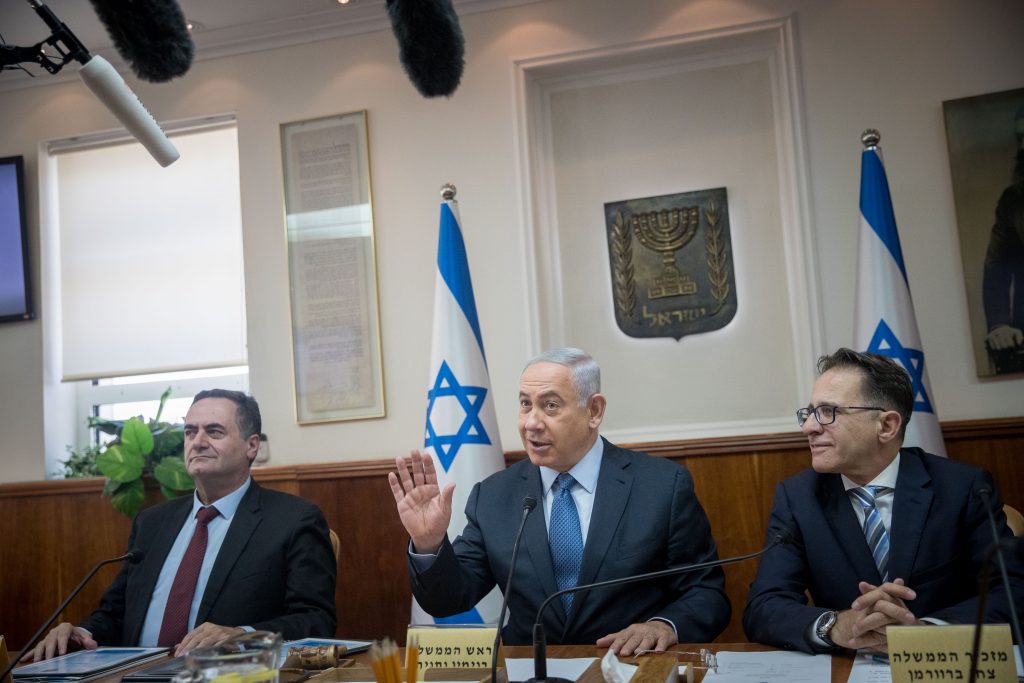 PM Netanyahu will discuss the implications of the missile test and brief ministers on his talk with President Donald Trump last week concerning possible revision of the Iran nuclear deal, according to Israel Radio, as well as his meetings with Egyptian President Abdel-Fattah el-Sissi during U.N. General Assembly.

Over Shabbos, Iran announced the successful launching of a new medium-range missile, despite warnings from Washington and that it prepared to revoke the nuclear agreement.

“The ballistic missile that was fired by Iran is not only a provocation and a slap in the face for the United States and its allies — and an attempt to test them — but also further proof of the Iranian ambitions to become a world power and threaten countries in the Middle East and all the countries of the free world,” Defense Minister Avigdor Liberman said in a statement.

“Imagine what would happen if Iran would acquire nuclear weapons. That is what it is striving for. We cannot allow it to happen,” Liberman said.