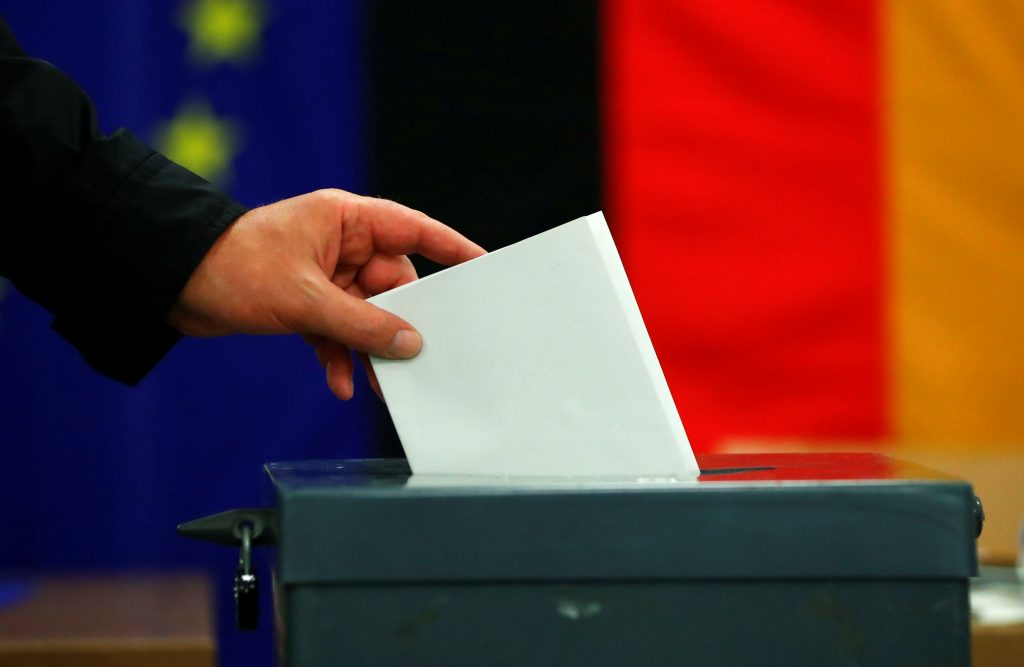 Germans began voting in a national election on Sunday that is likely to see Chancellor Angela Merkel win a historic fourth term and a far-right party enter parliament for the first time in more than half a century.

Merkel’s conservative bloc is on track to remain the largest group in parliament, opinion polls indicated, but a fracturing of the political landscape may well make it harder for her to form a ruling coalition than previously.

With as many as a third of Germans undecided in the run-up to the election, Merkel and her main rival, center-left challenger Martin Schulz of the Social Democrats (SPD), urged them on Saturday to get out and vote.

“We want to boost your motivation so that we can still reach many, many people,” the chancellor, 63, said in Berlin on Saturday before heading north to her constituency for a final round of campaigning.

In regional votes last year, Merkel’s conservatives suffered setbacks to the hard-right Alternative for Germany (AfD), which profited from resentment at her 2015 decision to leave German borders open to over one million migrants.

Those setbacks made Merkel, a pastor’s daughter who grew up in Communist East Germany, wonder if she should even run for re-election.

But with the migrant issue under control this year, she has bounced back and thrown herself into a punishing campaign schedule, presenting herself as an anchor of stability in an uncertain world.

Visibly happier, Merkel campaigned with renewed conviction: a resolve to re-tool the economy for the digital age, to head off future migrant crises, and to defend a Western order shaken by Donald Trump’s election victory last November.

Both Merkel and Schulz worry that a low turnout could work in favor of smaller parties, especially the AfD, which is expected to enter the national parliament for the first time. On Friday, Schulz described the AfD as “gravediggers of democracy.”

An INSA poll published by Bild newspaper on Saturday suggested that support was slipping for Merkel’s conservatives, who dropped two percentage points to 34 percent, and the SPD, down one point to 21 percent – both now joined in an unwieldy “grand coalition.”

The anti-immigrant AfD rose two points to 13 percent, putting it on course to be the third-largest party.

Should she win a fourth term, Merkel will join the late Helmut Kohl, her mentor who reunified Germany, and Konrad Adenauer, who led Germany’s rebirth after World War II, as the only post-war chancellors to win four national elections.

The AfD’s expected entry into the national parliament is likely to herald an era of more robust debate in German politics – a departure from the steady, consensus-based approach that has marked the post-war period.

Coalition building after the election will be an arduous process that could take months as all potential partners are unsure whether they really want to share power with Merkel. All major parties refuse to work with the AfD.

Electoral arithmetic might push Merkel to renew her grand coalition with the SPD, or she might opt for a three-way alliance with the pro-business Free Democrats (FDP) and environmentalist Greens.

Voting opened at 8 a.m. (local time) and will continue until 6 p.m., when exit polls will give a first indication of the outcome.