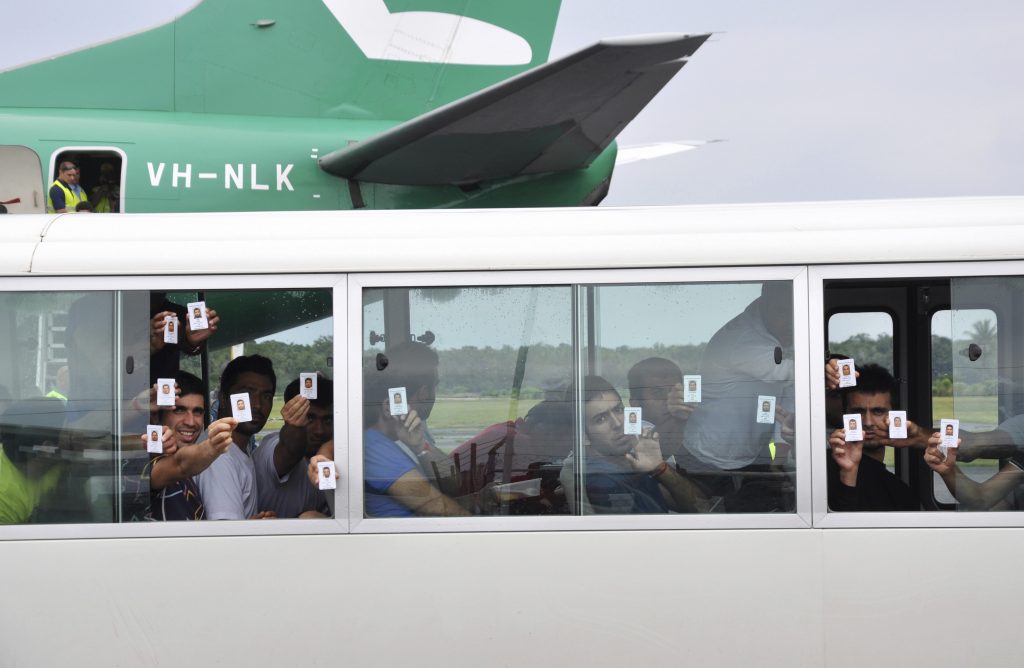 Refugees have left one of Australia’s offshore detention centers on Sunday for the United States, an asylum-seeker and refugee advocate said, as part of a swap brokered by former U.S. president Barack Obama last year.

Refugee Action Coalition’s Ian Rintoul told Reuters he had spoken with some of the group by phone and that 22 men were in Port Moresby on Sunday night. Rintoul said the group had been told they would be flown to the United States via the Philippines on Wednesday.

“They’re happy they’re going, and they never want to hear about Australia again,” he said, speaking from Sydney.

Kurdish-Iranian journalist Behrouz Boochani, who has been held at the Manus Island detention center in Papua New Guinea, said in an online post that “about 25 men” had left the center around 8 a.m. local time.

Australia’s Department of Immigration and Border Control did not respond to requests for comment on the move on Sunday.

The move comes days after Prime Minister Malcolm Turnbull gave the first official timetable for when the 1,250 people in the centers on Manus Island and Nauru would be resettled in the U.S.

Turnbull said Australia would begin resettling several dozen Central American refugees within weeks under the deal that President Donald Trump described as “dumb” but has nevertheless said Washington will honor.

“There will be about 25 from both Manus and Nauru [that] will be going to the United States and I just want to thank again President Trump for continuing with that arrangement,” Turnbull said in a video statement.

While Trump has said he would honor the swap agreement, concerns remain about how many asylum-seekers will be resettled from the Australian-run centers.