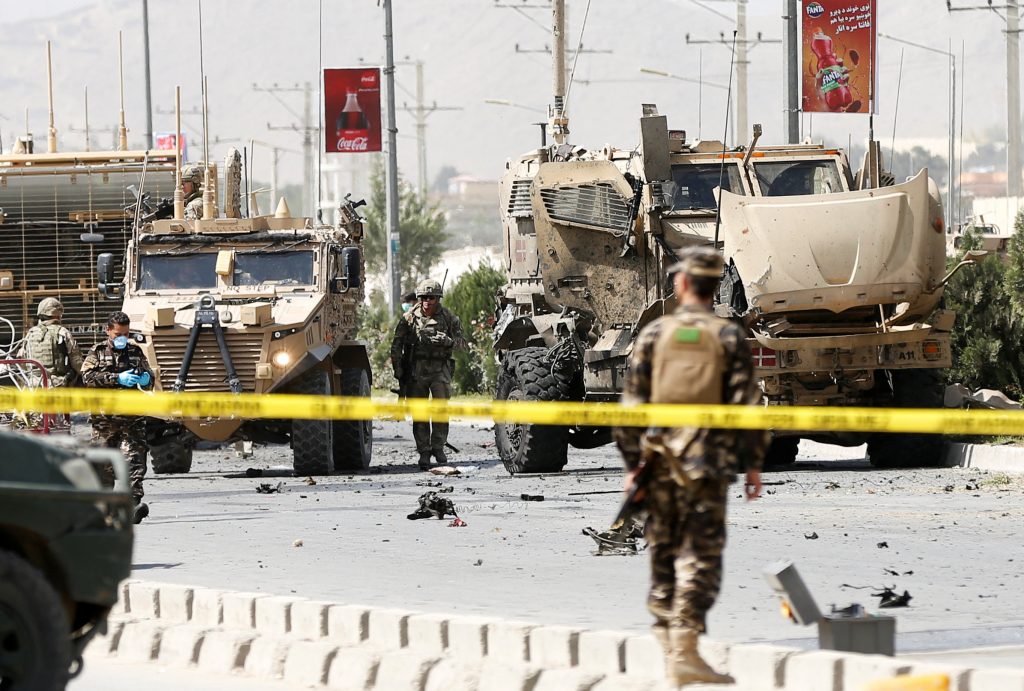 Five civilians were wounded when a car bomber attacked a Danish convoy belonging to the NATO-led international mission in the Afghan capital, Kabul, on Sunday, security officials said.

Captain William Salvin, a spokesman for NATO’s Resolute Support mission, confirmed an attack had occurred and said a team was on the scene to recover the vehicle.

“There are no Resolute Support casualties as a result of the explosion,” Salvin he said in an emailed statement.

Afghan security officials said a car bomb had been used in the attack on the convoy.