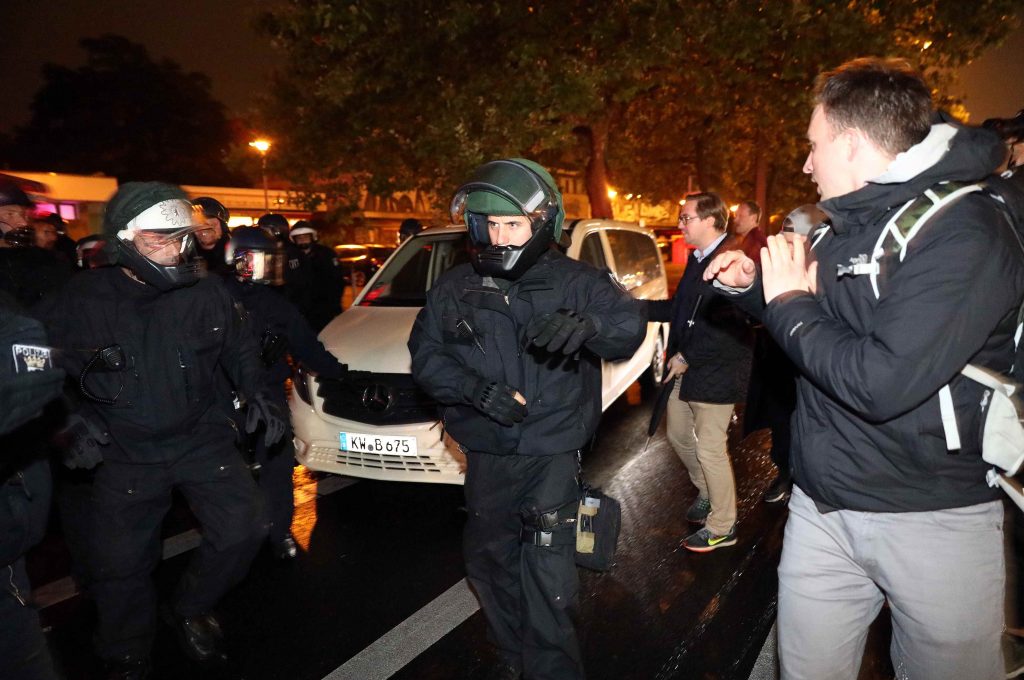 Weakened by the worst result for her party since 1949 and facing a more fractious political landscape at home, Germany’s Angela Merkel could be forced to rein in plans to re-shape Europe together with France’s Emmanuel Macron.

Merkel’s conservatives garnered more support than any other party in the German election on Sunday, projections showed, ensuring that she will return for a fourth term as chancellor.

But her party appeared on track for its poorest performance since the first German election after World War II, and its only path to power may be through an unwieldy, untested three-way coalition with the ecologist Greens and liberal Free Democrats (FDP), fierce critics of Macron’s ideas for Europe.

Over the next four years, Merkel will also have to cope with a more confrontational opposition force in the Alternative for Germany (AfD), a Euroskeptic, anti-immigration party that rode a wave of public anger after her decision to open Germany’s borders to hundreds of thousands of migrants in 2015.

The AfD was on track to win over 13 percent, above what polls had predicted. They will become the first far-right party to enter the German parliament since the 1950s.

This will be a new world for Merkel, who has grown accustomed to cozy coalitions and toothless Bundestag opposition during her 12 years in power.

“In my mind, reform of the euro zone is the single most important foreign policy issue that the new government has in front of it,” said Thomas Kleine-Brockhoff, who runs the Berlin office of the German Marshall Fund.

But he predicted a so-called “Jamaica” coalition between Merkel’s conservatives, the FDP and the Greens, whose combined party colors of black, yellow and green are like those of the Jamaican national flag – would struggle to deliver.

Whereas the Greens said on Sunday night that a “stronger Europe” was a priority for the party, the FDP is averse to further steps to integrate policies at European level.

“It would be the party of no, the party of yes and an incrementalist chancellor. Those are not ideal conditions for a Franco-German grand bargain,” he said.

Macron ran for the French presidency on a pledge to “relaunch” Europe, in tandem with Germany, after years of economic and financial crisis and the new shock dealt by Britain’s vote last year to leave the bloc.

He is due to flesh out his ideas in a speech at the Sorbonne University in Paris on Tuesday. Macron has called for a finance minister and budget for the single currency bloc, ideas that Merkel has tentatively supported even though skepticism in her own party runs high.

But with the FDP as a partner, and the AfD pushing back loudly in parliament, the prospect of selling deeper European integration to her new coalition and the wider public looks far more challenging.

In its election program, the FDP called for a phasing out of Europe’s ESM bailout fund and changes to EU treaties that would allow countries to leave the euro zone. Its young leader Christian Lindner openly called for Greece to return to the drachma during the campaign.

“On Europe, the FDP is not so far from the AfD on some issues. If all of their ideas were implemented we would be plunged back into a euro zone crisis,” Franziska Brantner, a Greens lawmaker, told Reuters.

The FDP would not be the only difficult ally in Merkel’s coalition.

The AfD’s strong performance could push her Bavarian sister party, the Christian Social Union (CSU) — already a thorn in her side during the refugee crisis, further to the right, ahead of an election next year in its home state.

Winning back voters who fled to the AfD could become one of the main priorities for Merkel’s conservative bloc over the coming four years. That would mean tougher stances on migration and on Europe.

Even before the election, officials close to Merkel were playing down the urgency of a reform of the euro zone, describing efforts to secure Europe’s borders and agree to a fair distribution of refugees across the bloc as higher priorities.

These officials point to the strengthening of the European economy and suggest that Macron was elected despite, rather than because of, his grand plans for the euro zone.

The survey also showed that Germans and French are the most skeptical towards Macron’s ideas for a European finance minister and dedicated euro zone budget.

Only 31 percent of French people and 39 percent of Germans thought a euro zone budget should be used to support economically weaker states, as Macron suggests.