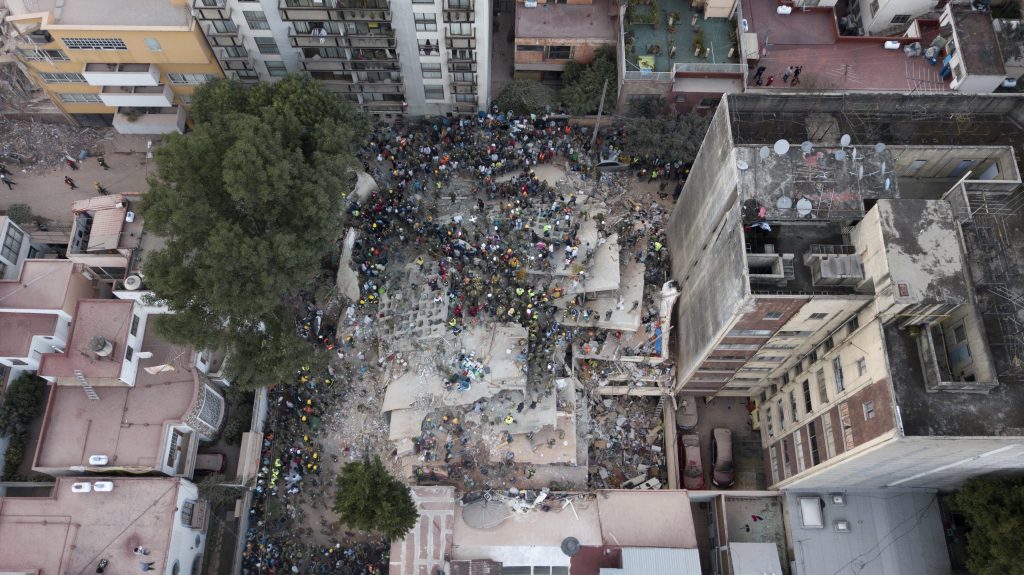 Though the horrific earthquake that struck Mexico City on Tuesday, claiming the lives of well over 200 people, did not hit the main Jewish areas of the city, a number of Jews were affected by the devastating quake.

Most of the damage in Mexico City occurred in the La Candesa, Roma Norte, and La Central (the center) neighborhoods. Polanco, which is one of the largest Jewish areas, did not have damage, Baruch Hashem.

La Candesa has some popular shopping destinations. An elderly Jewish woman who was in a car in La Candesa when the earthquake began left the car, as emergency officials advise in these situations. Unfortunately, she was struck by debris falling from a building, sustaining life-threatening injuries – and her frantic family was unable contact her for several hours. She will undergo surgery soon.

As soon as the quake began, the Jewish schools called all parents and asked them to pick up their children.

The quake immobilized affected parts of the city. Many Jews who working in La Central not able to get home to Polanco for, in some cases, more than six hours after the quake hit.

As Rosh Hashanah approaches, aftershocks are expected. Some families are moving in with elderly parents, or having elderly parents move in with them.

Many Jews in Mexico city live in apartment buildings. Some families with young children, and the elderly, who find it difficult to run down many flights of stairs in case of an earthquake in order to get outside – as officials advised – are moving in over Rosh Hashanah with families who live in private homes.