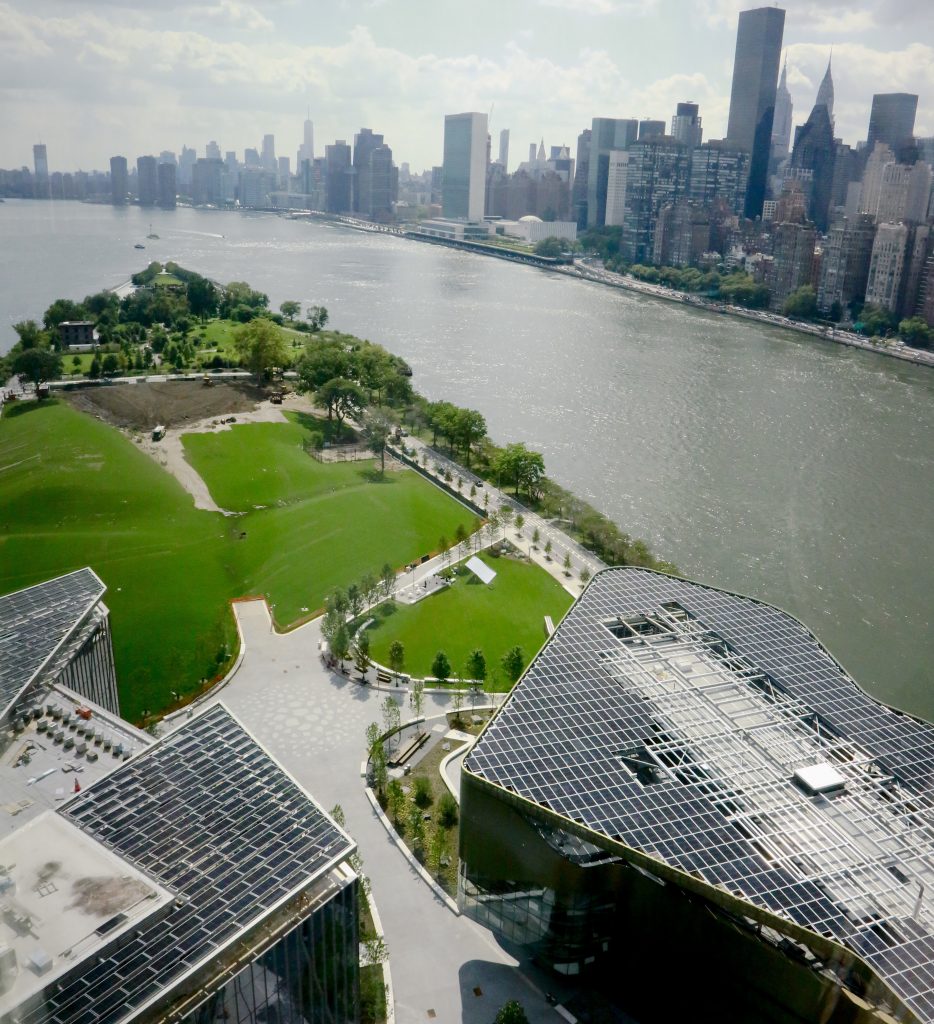 The campus, which concentrates on advanced studies in technology and entrepreneurship, is located in a state-of-the-art facility on Roosevelt Island. The project, conceived of over five years ago, is meant to foster technological innovation in key New York City industries using advanced Israeli technologies developed at the Technion.

The Jacobs Technion-Cornell Institute was established with a $133 million gift from Joan Klein Jacobs and Dr. Irwin Mark Jacobs, founding chairman and CEO emeritus of Qualcomm. Since then, it has become a catalyst for global entrepreneurship and a driver of New York’s emerging tech ecosystem and local economy, officials said. The Jacobs Institute draws upon professors, research and resources from both Technion-Israel Institute of Technology, a leading global research university that has been vital in Israel’s emergence as the “Startup Nation,” and Cornell, a longtime leader in engineering and computer science with a strong presence in New York City, the Technion said.

Graduates of the campus’s programs receive master’s degrees from both the Technion and Cornell—which currently makes the Technion the first international university to grant an accredited degree on U.S. soil. The Connective Media graduate program, the first degree of its kind in the world, is centered on computer science and engineering, the human and social impacts of technology, and entrepreneurship. The Health Tech graduate program, meanwhile, focuses on the cutting edge of transforming how healthcare is delivered and experienced, and was designed to develop innovative new products and services that address real healthcare needs.

The Runway Startup Program at the Jacobs Institute supports recent PhDs who are likewise able to draw on the resources New York City has to offer as they build on their research to develop tech companies on campus. Over the past three years, Runway postdocs have founded 16 companies—from a smart baby monitor to an urban planning analytics platform—and collectively raised $19 million in funding, the Technion said.

“The Cornell Tech campus opening marks the beginning of a new chapter in the Jacobs Technion-Cornell Institute’s ongoing work to foster innovation in New York and beyond,” said Professor Peretz Lavie, President of Technion-Israel Institute of Technology. “In partnership with Cornell University, we’ve developed a model of graduate-level technology education that is unlike any other – one that’s tailor-made not only for New York City but for the challenges of the digital revolution. Drawing upon Cornell’s incredibly strong presence and network in New York, we’ve cultivated meaningful new ties between academia and industry, and developed an ecosystem that directly fosters innovation, world-class research and entrepreneurship, driving both economic growth and public good. I would like to take this opportunity to thank all Technion faculty members and staff who took part in this incredible project and worked tirelessly to make it a success. We’re incredibly proud of the work we’ve done, and we couldn’t be more excited to take this next step.”