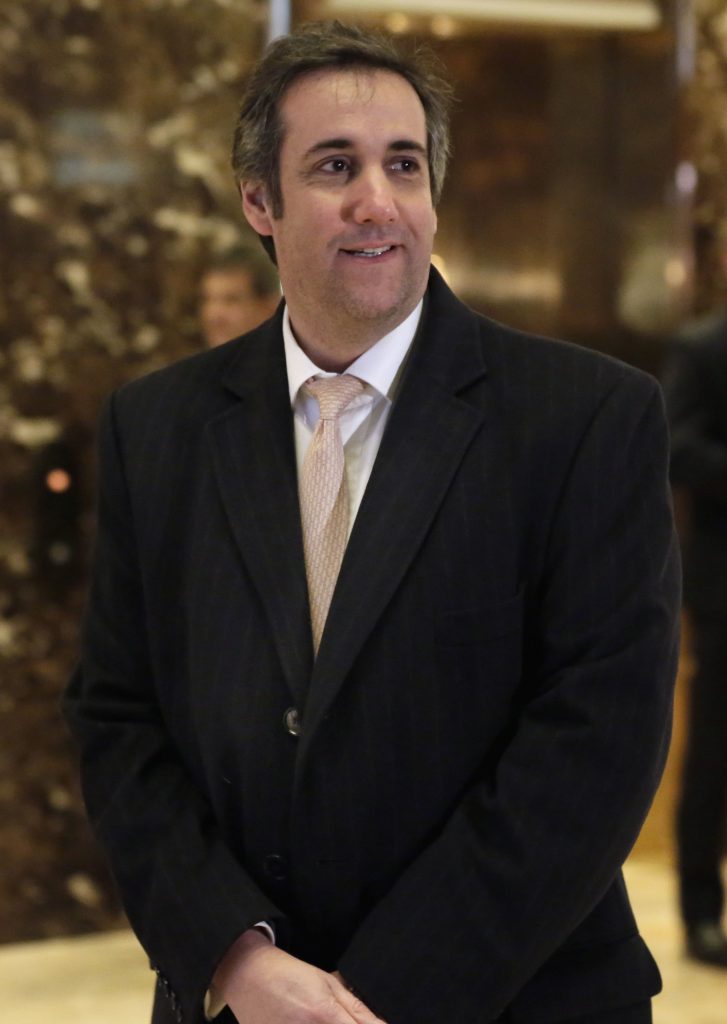 The Senate Intelligence Committee has unexpectedly canceled a Tuesday session to interview Michael Cohen, a former lawyer for President Donald Trump’s business and a close associate of the president.

The meeting was scheduled as part of the committee’s investigation into Russia’s interference in the 2016 election. Cohen arrived for the interview with his attorney Tuesday morning, but left the closed door session after about an hour, informing reporters waiting outside that committee staff had suddenly informed him they did not wish the interview to go forward.

“We will come back for a voluntary interview whenever we can to meet with them, and we look forward to voluntarily cooperating with the House committee and with anyone else who has an inquiry in this area,” Cohen’s lawyer, Steve Ryan, told reporters after the aborted meeting.

In a joint statement, committee chairman Sen. Richard Burr, R-N.C., and ranking Democrat Sen. Mark Warner, Va., said the session was canceled because of public statements by Cohen before the interviews.

“We were disappointed that Mr. Cohen decided to pre-empt today’s interview by releasing a public statement prior to his engagement with Committee staff, in spite of the Committee’s requests that he refrain from public comment,” they said.

“As a result, we declined to move forward with today’s interview and will reschedule Mr. Cohen’s appearance before the Committee in open session at a date in the near future. The Committee expects witnesses in this investigation to work in good faith with the Senate.”

Cohen had planned to use the session to vigorously deny playing any role in Russia’s efforts during the presidential election campaign. Ryan told reporters that Cohen stood by written testimony that had been obtained by The Washington Post and had submitted it to the committee for its review.

“That statement was factual, it was accurate, it was respectful, and we stand behind that statement,” Ryan said.

According to that written statement, Cohen had planned to tell the committee that he has “never engaged with, been paid by, paid for or conversed with any member of the Russian Federation or anyone else to hack or interfere with the election.”

“I emphatically state that I had nothing to do with any Russian involvement in our electoral process,” he said.

Instead, Cohen had planned to ask the committee to reach a “public conclusion” – one way or the other – about the truth behind allegations that were raised about him in an opposition-research dossier compiled before the election by a former British spy working on behalf of Mr. Trump’s political opponents.

Former MI6 agent Christopher Steele reported that Cohen had helped orchestrate the Russian effort, meeting with Kremlin representatives in Prague to discuss finances and strategy. The unverified dossier became public in January, when it was posted online by BuzzFeed.

In the written testimony, Cohen called the document “riddled with total falsehoods and intentionally salacious accusations.”

Noting that Steele’s work mentions his name more than a dozen times and damaged his reputation, Cohen said he is confident that the Senate’s investigation will conclude that neither he nor Pres. Trump was involved with Russia’s intervention in the campaign.

“The accusations are entirely and totally false,” Cohen said, insisting that he has never been to Prague or the Czech Republic.

Committee staff members could have used the session to question Cohen about the dossier. But their questions also could extend into other Russia-related areas where he has acknowledged activity.

Cohen was one of Mr. Trump’s most trusted confidants during the years following the success of Trump’s reality TV show “The Apprentice,” as the celebrity mogul expanded his business worldwide by licensing his name to development projects in India, Panama, Turkey and elsewhere. Cohen left the Trump Organization in January, when Trump became president, and has served as a personal lawyer to the president ever since.

Cohen turned over internal emails to Congress last month that show that he served as a point person for the Trump Organization on the latest attempt to build a Trump Tower in Moscow. The attempt occurred after Mr. Trump had launched his presidential bid.

In a statement that accompanied the emails, Cohen said he began discussions about the project in September 2015 with Felix Sater, a Russian émigré who has worked on previous Trump projects. The discussions were the most recent of repeated failed attempts by Mr. Trump to build in Moscow dating to the late 1980s.

In October 2015, Mr. Trump signed a letter of intent agreeing to move ahead with a Moscow developer named Andrei Rozov. But Cohen said he pulled the plug on the deal in January 2016, impatient about a lack of progress on the project.

“This was solely a real-estate deal and nothing more,” he said in his written testimony to the committee. “I was doing my job.”

Another episode that could have been on the panel’s agenda also involved Sater. In January, shortly after Mr. Trump became president, Cohen and Sater met at a New York hotel with a Ukrainian parliamentarian who was pushing a peace proposal for the former Soviet Republic.

In interviews at the time, Cohen said the Ukrainian lawmaker had said that his plan came with Russian government approval. The New York Times, which first reported the meeting, reported that Cohen said he took an envelope containing the proposal to Washington and left it in the office of national security adviser Michael Flynn. Flynn resigned days later after he misled Vice President Mike Pence and the public about his interactions with Russia’s ambassador.

However, Cohen has insisted to The Post that he took an envelope containing the plan to his New York City apartment and threw it away. He said he had merely advised the Ukrainian that Flynn was the appropriate person to receive his idea.