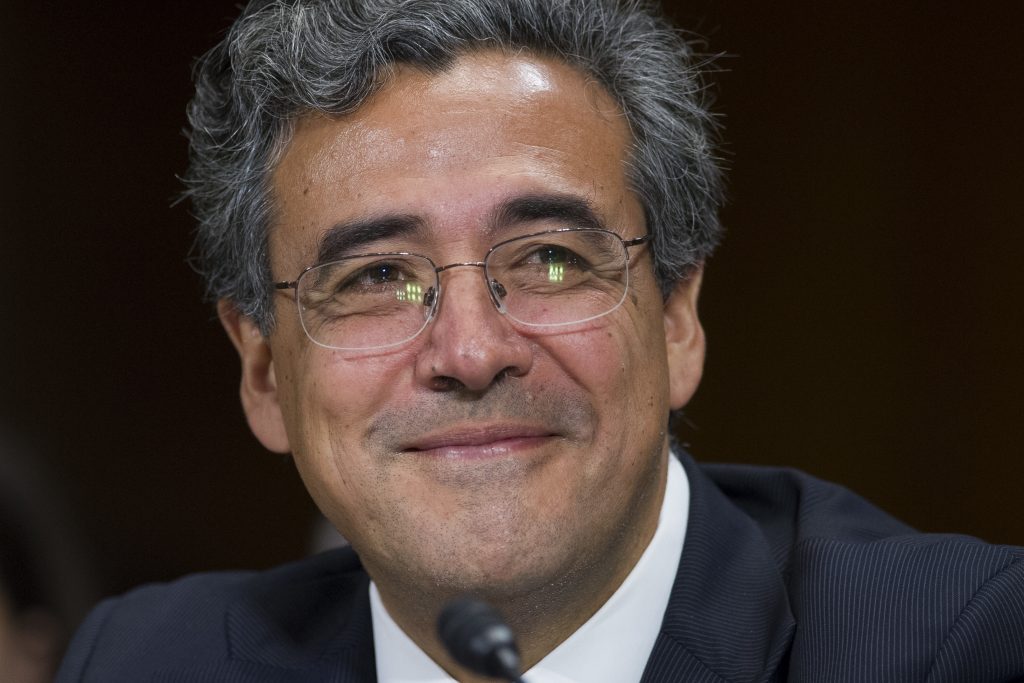 Noel Francisco, a Washington lawyer with strong conservative credentials, who previously worked in Republican former President George W. Bush’s administration, was confirmed by the Senate as U.S. solicitor general on a vote of 50-47.

All the Senate’s Democrats voted against him except for New Jersey’s Robert Menendez, who is currently on trial facing corruption charges in Newark.

Francisco takes up his new position as the Supreme Court prepares to begin its new term on Oct. 2. The court has several potential blockbuster cases on its docket, including the challenge to Pres. Trump’s travel ban on people from six predominantly Muslim countries entering the United States. That case will be argued before the justices on Oct. 10.

Francisco, who previously worked at the Jones Day law firm, will now be overseeing the Justice Department’s defense of the ban and other major policy initiatives that are challenged in court.

He has argued three cases at the Supreme Court. Most recently, he represented Republican former Virginia Governor Robert McDonnell in a successful attempt to throw out corruption convictions. The justices ruled in favor of McDonnell last year in an 8-0 ruling that could make it tougher to prosecute politicians for corruption.

Francisco served as a White House lawyer from 2001 to 2003 and spent another two years in the Justice Department’s Office of Legal Counsel from 2003 to 2005. He previously worked as a clerk for the late Supreme Court conservative Justice Antonin Scalia.