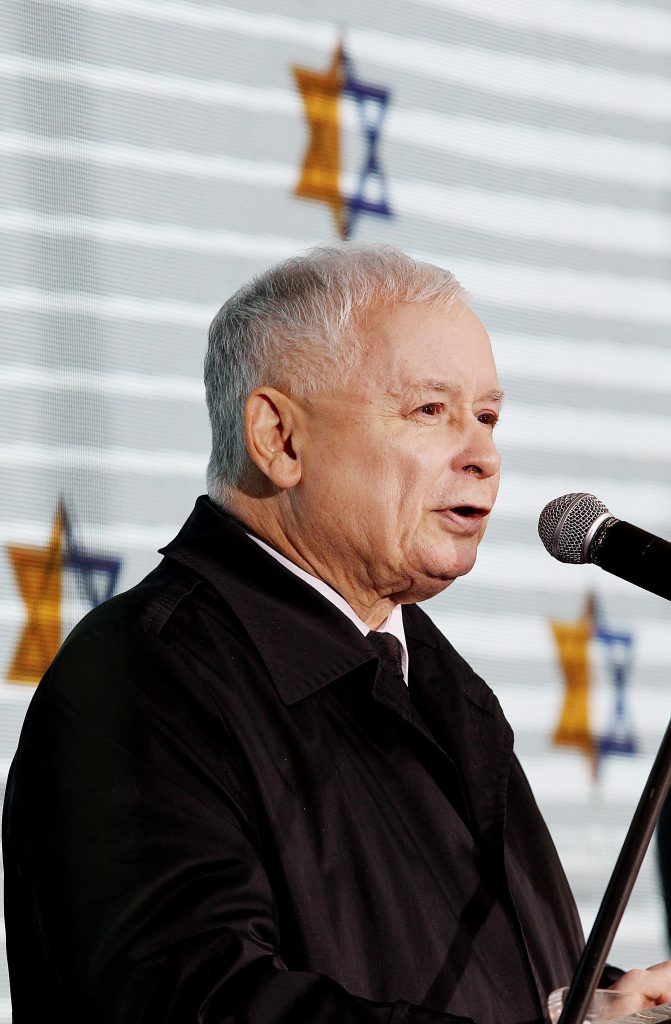 Poland’s most powerful politician denounced anti-Semitism, at a ceremony Monday honoring Poles who protected Jews during the Holocaust.

Jaroslaw Kaczynski, chief of the governing conservative Law and Justice Party, spoke at an outdoor ceremony attended by Israeli, U.S. and British officials and organized by From the Depths, a foundation established by descendants of Jewish Holocaust survivors.

In rare remarks on international relations, Kaczynski called Israel an “outpost of our civilization.” He denounced anti-Semitism as a “very dangerous” phenomenon that is expressed through hostility toward the country.

While Warsaw and Tel Aviv have strong ties, Kaczynski has faced pressure from Jewish communities in Poland and Europe to speak out against what they see as a rise of anti-Semitism.

Monday’s ceremony was held to recognize the heroism of Poles who saved Jews from the German Nazis. From the Depths presented the Zabinski Awards, named for former Warsaw Zoo director Jan Zabinski and his wife, Antonina, who hid over 300 Jews at the zoo during World War II.

Daniel Kawczynski, a Polish-born member of the British Parliament, accepted an award that honored his great-uncle. Jan Kawczynski was shot by the Germans in 1943 along with his wife, Helena, and their 10-year-old daughter, Magdalena, for sheltering Jews.

Catholic Nuns from a Franciscan order that sheltered over 700 Jewish children and adults in more than 40 orphanages in Poland also received an award. One of the people the nuns’ order helped save, Zipi Kamon, accompanied them to the ceremony. Born in Poznan, in western Poland, Kamon now lives in Israel.

Most of Poland’s prewar population of some 3.5 million Jews perished in the Holocaust. Poland was the only country occupied by the Nazis where any form of aiding Jews was treated as a crime punishable by immediate execution.