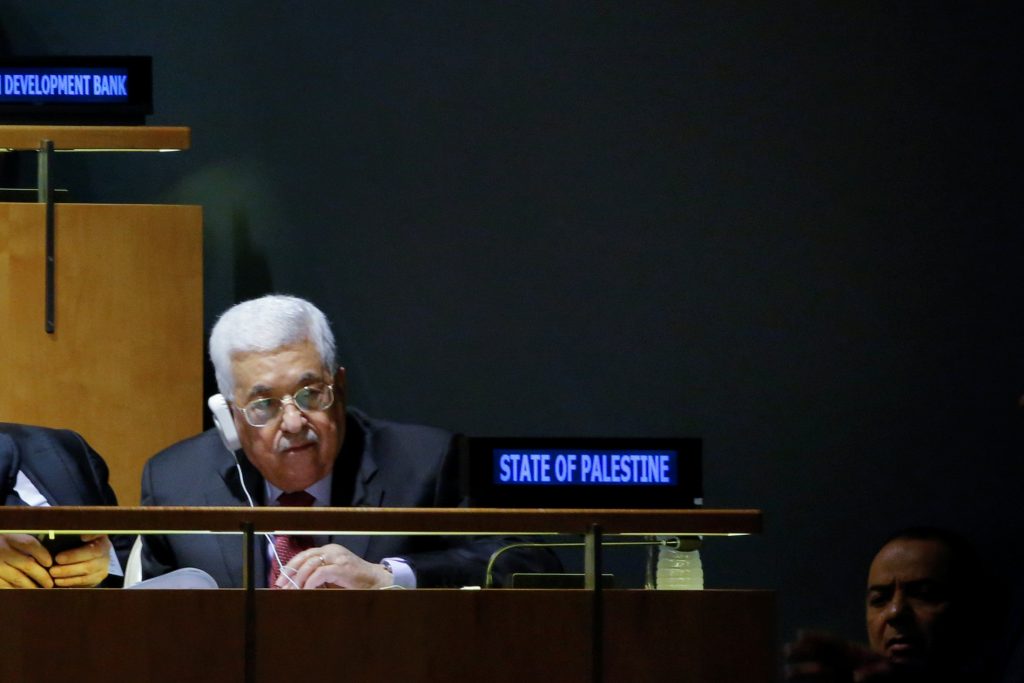 A poll indicates that 67 percent of Palestinians are demanding the resignation of Palestinian Authority President Mahmoud Abbas, up five points from June, and that three-quarters believe the Trump administration isn’t serious about an Israel-Palestinian peace deal.

The survey among 1,270 Palestinians was published Tuesday, a day ahead of a Trump-Abbas meeting on the sidelines of the U.N. General Assembly. The Palestinian Center for Policy and Survey Research poll had an error margin of three percentage points.

President Donald Trump said this week that his administration is “working very hard” toward a deal, but hasn’t publicly supported establishing a Palestinian state alongside Israel or offered another path forward.