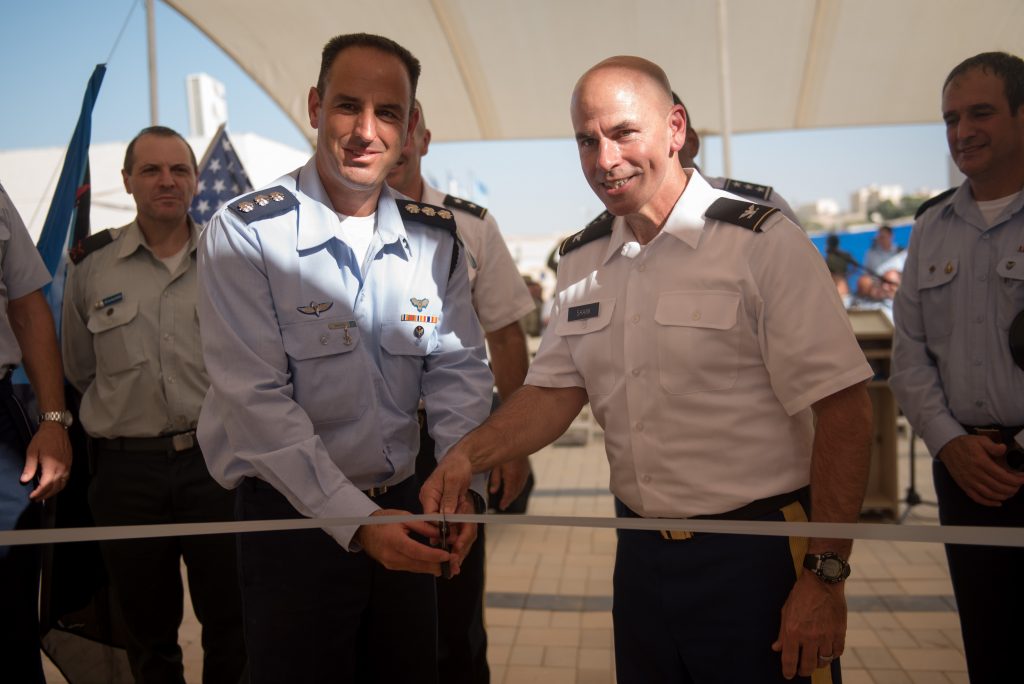 The first military base ever established by the United States in Israel was opened on Monday, an air defense base in the Negev.

“It’s nothing less than historic,” Brig. Gen. Tzvika Haimovitch, head of the IAF’s Aerial Defense Command, said. It demonstrates the “years-old alliance between the United States and the State of Israel.”

“Due to the close cooperation between us and the American forces in the field of air defense, as well as the extensive experience accumulated by the Aerial Defense Division, it was decided that the first permanent base of the American Army would be established at the School of Air Defense,” Haimovitch said on Monday.

“This is the first time that we have an American flag flying in an IDF base,” Haimovitch said following the inauguration ceremony attended by American officials, including the American Defense Attaché.

Haimovitch said that plans for the base had been on the drawing board for two years, and its opening was unrelated to any specific events in the region.

Several dozen American soldiers will be stationed at the base, and they will be operating American systems, not Israeli ones, he said.

Haimovitch would not comment on whether or not the Americans would take part in any combat operations; he stressed “it’s much more significant than that. There’s an American presence here, a military force, not civilians.”