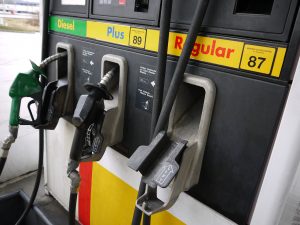 With average gasoline prices in New York up 33 cents, Sen. Charles Schumer is asking federal regulators to be on guard for price gouging at the pump.

Schumer asked the Federal Trade Commission on Monday to launch a “gouge watch” in the wake of Hurricanes Harvey and Irma. The New York Democrat is concerned that retail gasoline prices that rose during Harvey because of disruptions could come back down too slowly.

In a letter, he asked the FTC to inform the crude oil industry that they are paying attention to pricing and competitive practices.

The average price of gas in New York State is currently $2.81, compared to $2.48 a month ago, according to American Automobile Association statistics cited by the senator.