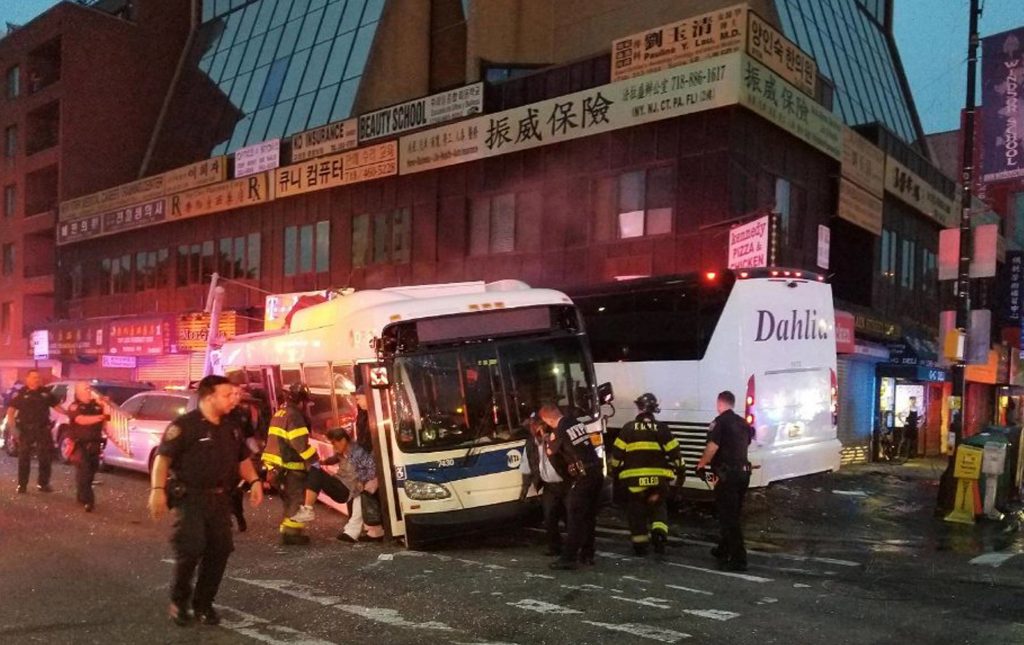 A city bus and a tour bus collided and spun around in a New York City intersection on Monday, leaving three people dead, including a pedestrian, officials said.

Mayor Bill de Blasio said he was shocked by the “sheer destruction,” and noted that “one of those who was lost was simply walking down the sidewalk” as the crash came “out of nowhere.”

The pedestrian was killed along with the tour bus driver and a passenger on the city bus. Sixteen other people were hurt, some of them seriously, in the crash at 6:15 a.m. in the Flushing, Queens, neighborhood, city officials said at a briefing.

A building that houses a number of retail stores, including a fried chicken restaurant, also sustained a “very substantial” impact, and experts were working to make sure it was secure, de Blasio said.

Though the investigation has just begun, “These buses spun around. That requires an enormous amount of speed,” Lhota said.

“We want to make sure we understand what happened and prevent this from ever happening again,” Lhota said.

Signage on the tour bus showed it was from the Dahlia Group, Inc., based in Flushing. A person answering the phone there declined to comment.