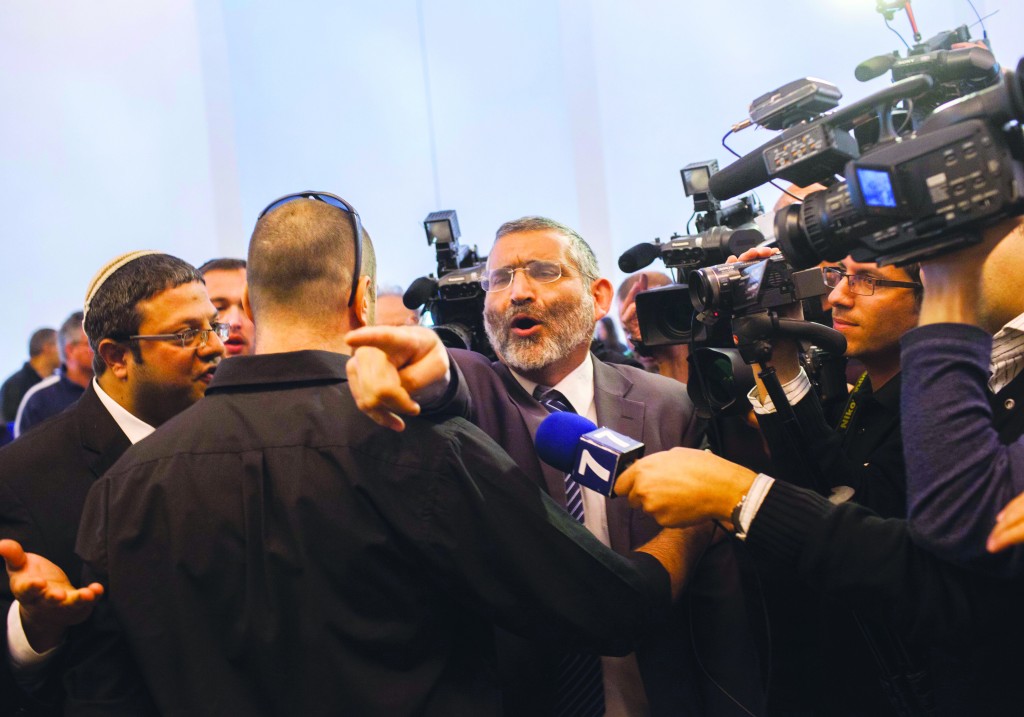 If chareidim have to serve in the IDF, so do Arabs, right-wing activist and former MK Michael Ben Ari demanded from State Attorney Avi Mandelblit. If the IDF does not want to draft them, as is likely, the government must require Israeli Arabs to serve in the National Service, at the very least, a letter sent by Ben Ari to Mandelblit says. If the government fails to follow through, it can expect to have to defend its policy of failing to require Israeli Arabs to perform service in the High Court, the letter added.

The IDF has generally exempted Arabs from serving in the army, both for security reasons and because of the great discomfort many would likely face if they were required to fight against other Arabs. With that, Arabs can volunteer for the IDF. But since they are exempted from army service, they are also exempt from National Service, which can be substituted for army service.

The High Court last week canceled service exemptions for chareidi yeshivah students, claiming that providing exemptions for full-time yeshivah students “violated the principle of equitable service for all.” With that decision, the court has opened the door for drafting Arabs, Ben Ari’s letter said. “What applies to the chareidi community must apply to Arabs as well. Everything the court decision says about chareidi service — that it is unfair for them to receive exemptions when others have to fight — is correct for Arabs. The fact that Arabs are exempt from any service is horribly damaging to the principle of equality, placing one group of thousands in an advantageous position compared to other population groups.”

It should be noted, Ben Ari said, that there is no law specifically exempting Arabs from military service; the exemptions have been based on IDF policy. As such, the letter said, the government must, in the interests of equality and the rule of law, immediately institute the draft for Israeli Arabs. If the IDF rejects them, they will be instead drafted into National Service, as all other Israelis are. Ben Ari sent a copy of the letter to Prime Minister Binyamin Netanyahu, IDF Chief of Staff Gadi Eisenkott, and the heads of manpower in the IDF. Thus far, no one has responded.