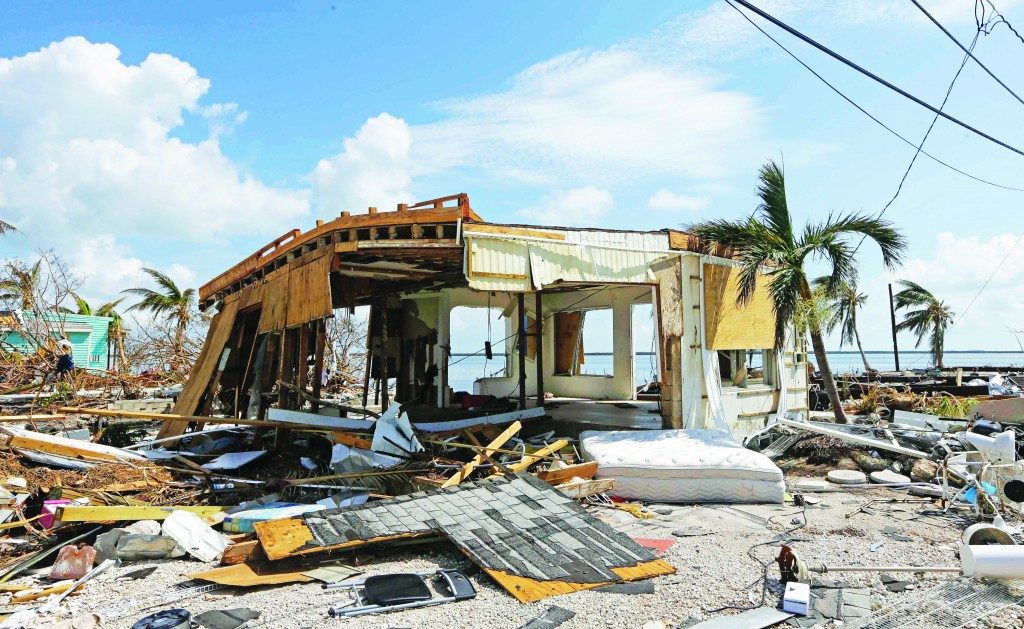 For those who heed the call of Rosh Hashanah, Aseres Yemei Teshuvah and Yom Kippur to teshuvah, Moshe’s statement about return should be encouraging, not only because he says that the mitzvah is internally available to us, but because he concedes that teshuvah does not immediately occur to us as an easy or attractive alternative. If we initially see teshuvah as a daunting undertaking, we need not feel that there is something wrong with us. Moshe Rabbeinu clearly anticipates an initial feeling of being overwhelmed on the part of anyone considering undertaking this mitzvah (it is NOT distant from you … it is NOT on the other side of the ocean … NOT in the heavens …). If teshuvah was a natural response, if it came easy or appeared to people as an attractive initiative that always went well, why would these words be necessary? One is clearly not alone if he finds himself daunted by the task.

The question then becomes: What, indeed, is the benefit of telling us that the mitzvah is actually accessible if it seems distant or hard? Does Moshe’s declaration change anything for those who think teshuvah is hard?

As Hurricane Irma approached South Florida, our kehillah in Atlanta experienced something extraordinary that provides an important insight into this question. In short, we discovered a level of love for our brothers and sisters that had always been in our hearts, but that we had not been aware of.

What happened that brought this discovery about? We were confronted by an urgent crisis, a suddenly rising tide, if you will. Knowing that a powerful storm as well as Shabbos were coming and that an evacuation had to be complete in time for Shabbos, people in Florida were getting in their cars and coming north toward Atlanta, unsure of their destinations, and we had to do something. People from different shuls, many who had never worked with each other, formed teams, “spoke little and did much,” sprang into action. Social media groups were formed; the call went out for host homes; social media was used to invite evacuees; spreadsheets for matching hosts to guests were digitally shared; funding for food (thanks to the Orthodox Union) was arranged; food preparation and service was implemented. Within 36 hours, an effective system and team was in place and ready to receive people who came streaming in after spending 15 to 25 hours or more on the road.

Needs arose and were met. Meals were provided around the clock; minyanim were added to accommodate the new arrivals; Shabbos davening in all shuls was filled with energy; an outdoor melaveh malkah kumzitz for hundreds was held; a barbecue the next night fed over 1,000 men, women and children. Torah classes and shiurim and exercise programs were arranged for children and adults.

For the evacuees, the story of this past Shabbos was one of being welcomed and being well taken care of. For those of us privileged to be on the giving end, I dare say that what was created was much greater than the measurable deliverables. There was a sense of energy, of joy, of unstoppable caring that surprised many of us. The evacuees’ children became our children, their families were our families. What came out of a massive effort of cooperation was much larger and greater than any of us intended. Many volunteers — not the recipients — were seen crying tears of joy and awe at what was happening. What was discovered was the deep level of love Jews have for one another that knows no bounds.

By springing into action and responding to an emergency before we had a chance to ask ourselves how far we were willing to go, our actions were dictated by an inner reality we hadn’t known existed. Nothing seemed too difficult, exhausting, unrealistic or complicated.

Here, then, is the truth of Moshe’s assertion that teshuvah is in our mouths and hearts: The key ingredient in beginning the process of teshuvah is to recognize a reality about our connection to Hashem, and to know it is hidden from our view. We are children of Hakadosh Baruch Hu, and we are close to Him, whether we feel it or not. Teshuvah is not a process that has to be manufactured out of thin air. It is a process of releasing a latent reality in the neshamah with which we are endowed. What Moshe is saying is that, in truth, we always carry a deep love for Hakadosh Baruch Hu.

How is this innate love to be released? By springing into action before we think too much. Seeing the process as “on the other side of the ocean” is a result of thinking too much about teshuvah, of determining if we “feel” motivated. The greatest damage of an aveirah is that it camouflages our essential connection to Hashem, fooling us into thinking we are unmotivated, that teshuvah is out of reach. But, as the passage says, al kol pesha’im techaseh ahavah (love covers all sins) — loving acts cover over the damage of the sin, that would cause us to believe our feelings about ourselves instead of our reality. To release that innate reality, take actions of love for Hashem, even before the love is felt. Moshe assures us that the passion of love will follow.

Perhaps this is the intention of the recommendation in Shulchan Aruch to practice more stringencies than we otherwise would during Aseres Yemei Teshuvah. By undertaking actions of devotion and connection, we tap into the truth about ourselves instead of believing the propaganda of the yetzer hara that claims we are far from Hakadosh Baruch Hu.

Each of us can create his or her personal hurricane. Undertaking acts of devotion to Hashem that far exceed our motivation (lingering over a brachah in Shemoneh Esrei; coming early to davening; devoting more time to talmud Torah; bringing excitement to what we are already doing) will release the truth innate in all of us.

Rabbi Feldman is the Rav of Beth Jacob in Atlanta, Georgia.