Community Families Are Displaced and Distressed After a Fire
Community 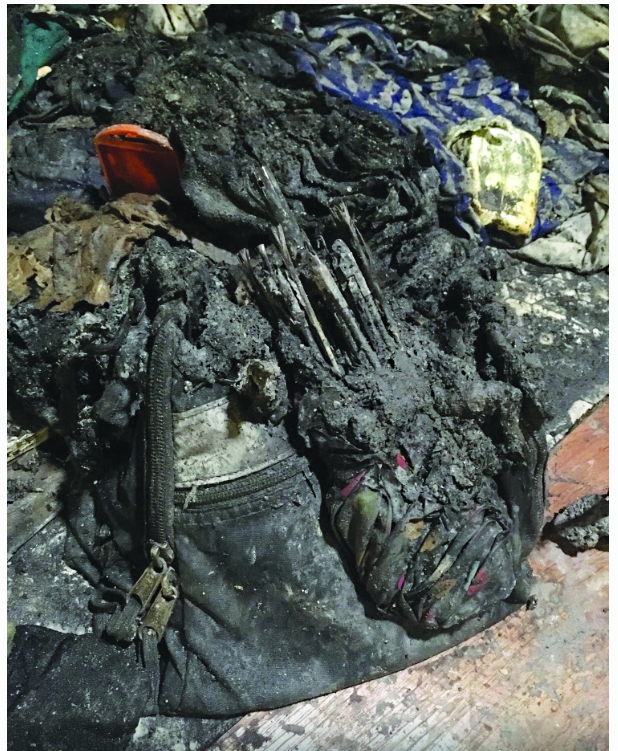 Four Jewish households suffered a serious fire on September 11, 2017, at their homes at 44 & 56 Bennett Avenue in Washington Heights. It was a horrifying experience for a few hundred people who were evacuated, but the horror continues for the families whose apartments were damaged.

At least four households had their lives disrupted by the fire. Two sustained damage and will have the trouble, expense and inconvenience of having to repaint their apartments and possibly repair or replace some furniture.

But the other two families saw their apartments totally devastated. One is the place where the fire occurred. That apartment is gutted. There is nothing at all left.

The other family’s apartment sustained so much smoke and water damage that at present it’s uninhabitable. Both families lost all their belongings, from their clothing to their furniture to their pots and pans, photo albums and sefarim.

Leah Devorah Cohen, a neighbor of both families, spoke emotionally to Hamodia. She said, “These are large families, with many small children. Even under the best of circumstances it’s challenging to care for so many small children. But now they are out of their homes, without their possessions, and unsure of what the future holds for them. One does have renter’s insurance but needs to begin a long process, beginning with collecting receipts, to file a claim… It’s awful.”

Mrs. Cohen continued, “Baruch Hashem they got out in time and nobody was hurt. But you must understand the situation! These are very religious people of modest means. They are extremely ehrlich, frum people, who live to do and to give, not to receive. They always worked for the welfare of the Klal! The fact that now they must receive is very foreign to them and very difficult and uncomfortable.”

Are there people in Washington Heights who would take them in?

Mrs. Cohen explains, “Families with big homes can take in other families. But in Washington Heights, we have small apartments ourselves, just like the ones these families were living in. Neighbors are trying their best, but nobody has an outfitted basement to comfortably welcome a family into. And now, when they are traumatized and certainly need to be with their parents, G-d forbid to farm out the children to different homes.”

The only temporary solution is for Am Yisrael to come to their aid.

“Please be part of the solution,” Ms. Cohen says quietly. “It’s their only hope, especially since Wednesday is Rosh Hashanah.”

The families need furnished apartments, food, and clothing, to start with. Then they need… everything else. Concludes Mrs. Cohen, “Anyone who helps them in their time of crisis should be blessed with all they need in this New Year.”

Please donate generously to help these families at thechesedfund.com/cause/washington-heights-fire-fund