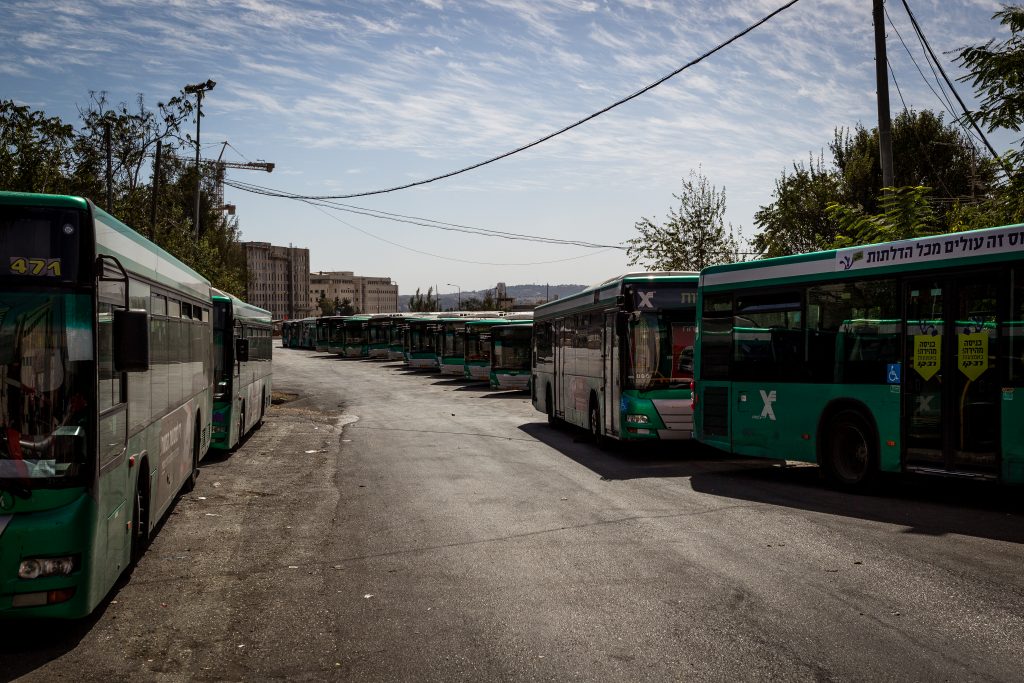 During the period leading up to Rosh Hashanah and Yom Kippur, tens, if not hundreds of thousands, of Israelis are expected to make their way to the Kosel to say Selichos. To accommodate them, Yerushalayim’s public transportation system will be working overtime — literally — in order to provide rides for those seeking to come to the Kosel, preferably without a vehicle.

Beginning Motzoei Shabbos, after the combined Rosh Hashanah and Shabbos Shuvah, buses to and from the Kosel (lines 1 and 3) will begin running on an accelerated schedule, and will run that night, and every night through Erev Yom Kippur, until 3:00 a.m. After a short break, buses will start up again at 4:30 a.m., again running through Erev Yom Kippur, the Egged bus company said, adding that it guarantees a bus every 15 minutes at the very least throughout the day and night.

The biggest night at the Kosel is set to be Thursday night, Erev Yom Kippur, when tens of thousands come to the Kosel for Selichos led by the Chief Rabbis. Special shuttle buses will run from the Teddy Stadium parking lot beginning at 9:30 p.m. through midnight, and from the Kosel back to the parking lot until 2:00 a.m. The light rail will also operate that night until 2:00 a.m. Bus service will stop on Erev Yom Kippur between 2:00 and 3:20 p.m., depending on the line, Egged said. Buses will resume running on Motzoei Yom Kippur at 8:30 p.m.

In addition to extra service to the Kosel, Egged will run extra buses to and from chareidi population centers on both Erev and Motzoei Rosh Hashanah and Yom Kippur, the company added.