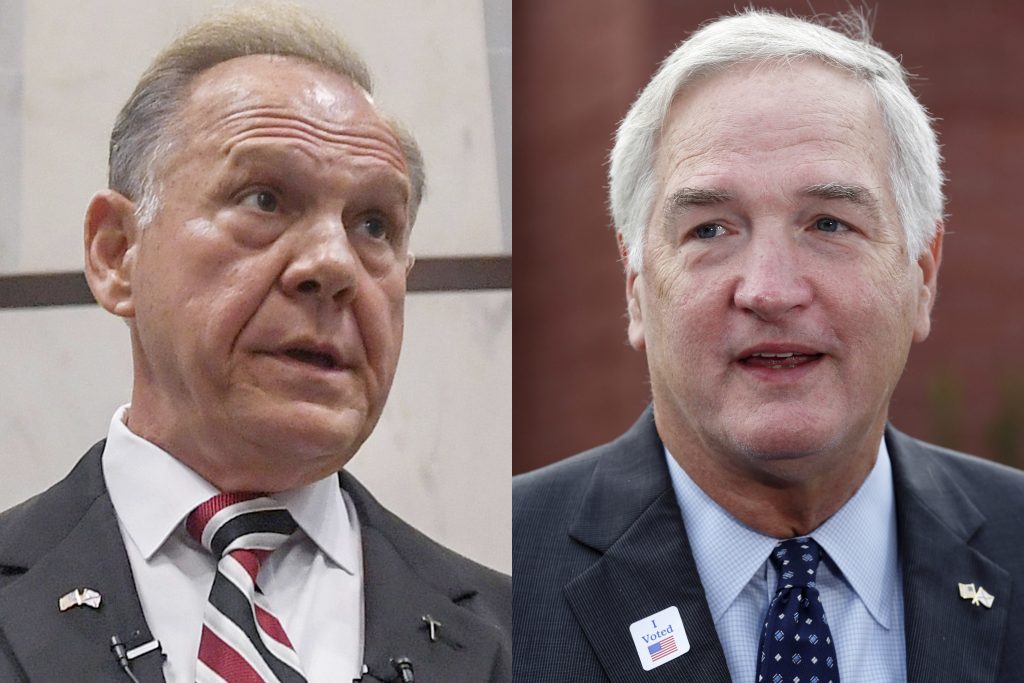 President Donald Trump is putting his political capital on the line in a big way in Alabama’s closely contested Senate race.

The president, who has previously endorsed Sen. Luther Strange, R, said he will travel to Huntsville, Alabama, next Saturday to campaign with him just days before a Republican primary runoff election for the seat once held by Attorney General Jeff Sessions.

Pres. Trump broke the news Saturday night with a tweet that read: “I will be in Huntsville, Alabama, on Saturday night to support Luther Strange for Senate. ‘Big Luther’ is a great guy who gets things done!”

His visit would come three days before a runoff election between Strange and Roy Moore, Alabama’s former chief justice. The winner faces Democrat Doug Jones in December to determine who will fill the remainder of Sessions’ term.

Strange, who was appointed to the Senate after Sessions resigned this year, advanced to the Sept. 26 runoff after finishing second by 25,000 votes to Moore. Mr. Trump is not the only high-profile Republican backing Strange, who also has the endorsement of Senate Majority Leader Mitch McConnell, Ky.

In another tweet, Mr. Trump weighed in on the Michigan gubernatorial race, endorsing that state’s Republican attorney general, Bill Schuette, although the president misspelled his name.