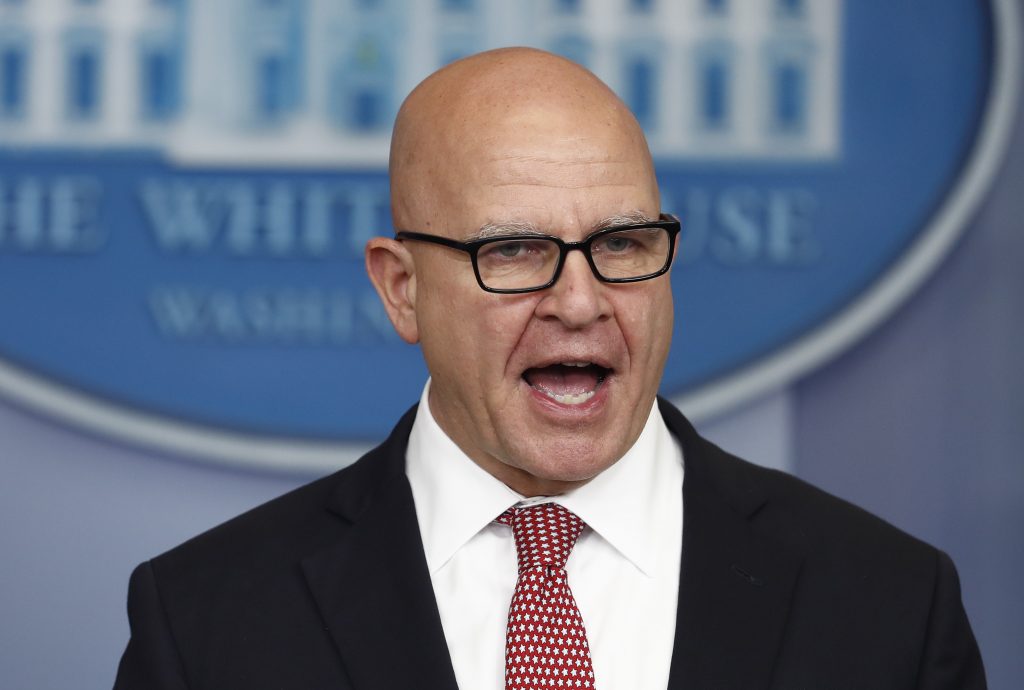 Top advisers to President Donald Trump on Sunday warned North Korea to give up its missile and nuclear weapons programs and to quit making threats against the U.S. and its allies or face destruction.

The warnings came a day after North Korean leader Kim Jong Un vowed to continue the weapons programs, saying his country is nearing its goal of “equilibrium” in military force with the United States. They also come as world leaders begin arriving in New York for the annual meeting of the U.N. General Assembly this week, where the topic of North Korea will be high on the agenda.

Pres. Trump will be making his first appearance at the U.N. General Assembly, his biggest moment on the world stage since January’s inauguration. He is scheduled to address the world body, which he has criticized as weak and incompetent, on Tuesday.

Pres. Trump tweeted Sunday that he and South Korean President Moon Jae-in discussed North Korea during their latest telephone conversation on Saturday. Mr. Trump spoke with Moon from his New Jersey golf club, where aides said he spent the weekend preparing for his U.N. debut.

U.S. National Security Adviser H.R. McMaster said Kim is “going to have to give up his nuclear weapons because the president has said he’s not going to tolerate this regime threatening the United States and our citizens with a nuclear weapon.”

Asked if that meant Mr. Trump would launch a military strike, McMaster said “he’s been very clear about that, that all options are on the table.”

Kim has threatened Guam, a U.S. territory in the Pacific, and has fired two missiles over Japan, a U.S. ally in Asia, including one missile that was launched on Friday. North Korea also recently tested its most powerful bomb.

The U.N. Security Council has voted unanimously twice in recent weeks to tighten economic sanctions on North Korea, including targeting shipments of oil and other fuel used in missile testing. U.S. Ambassador to the United Nations Nikki Haley said North Korea was starting to “feel the pinch.”

But she also warned of a tougher U.S. response in the future, saying the Security Council has “pretty much exhausted” all of its options and that she would be happy to turn the matter over to Defense Secretary Jim Mattis “because he has plenty of military options.”

Mattis said earlier this month, after Kim tested a hydrogen bomb, that the U.S. will answer any threat from the North with a “massive military response, a response both effective and overwhelming.”

Pres. Trump has threatened to rain “fire and fury” on North Korea. Haley said that wasn’t an empty threat from the president but, when asked, she declined to describe the president’s intentions.

“If North Korea keeps on with this reckless behavior, if the United States has to defend itself or defend its allies in any way, North Korea will be destroyed and we all know that and none of us want that,” Haley said. “None of us want war. But we also have to look at the fact that you are dealing with someone who is being reckless, irresponsible and is continuing to give threats not only to the United States, but to all their allies, so something is going to have to be done.”

In Sunday’s tweet, Mr. Trump said he asked Moon about “Rocket Man” – an apparent reference to Kim. Mr. Trump also tweeted that long lines for gas are forming in North Korea and called it “too bad.”

The White House said after Mr. Trump’s tweet that he and Moon are committed to strengthening deterrence and defense capabilities, and maximizing economic and diplomatic pressure on North Korea.

Haley spoke on CNN and McMaster appeared on ABC.