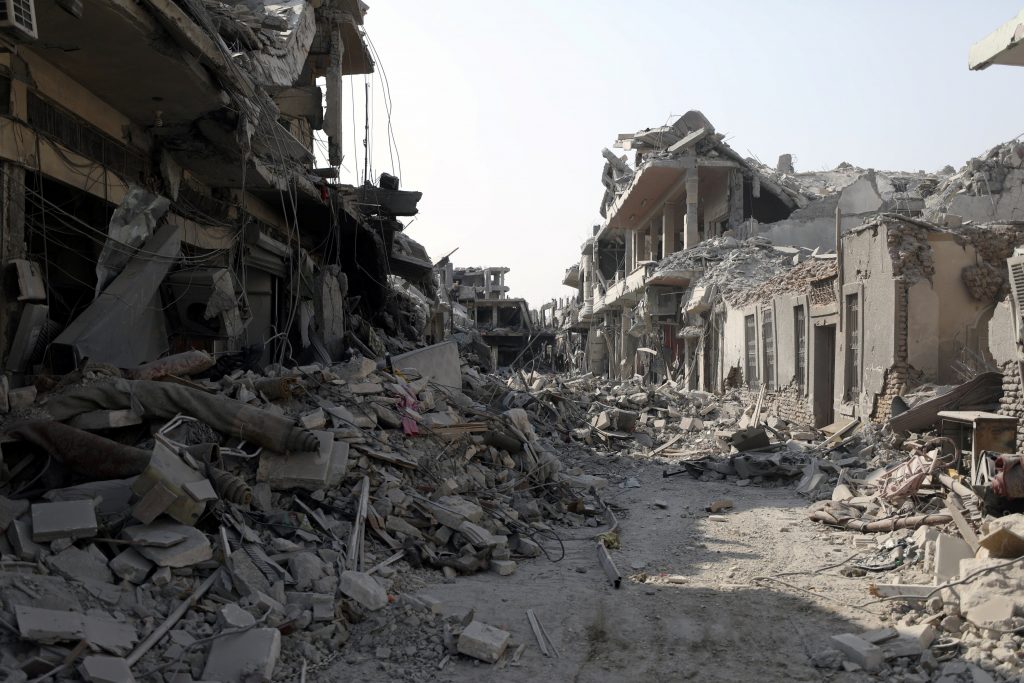 Syrian troops seized a suburb of the eastern city of Deir al-Zor on Sunday, tightening the noose around Islamic State terrorists, a military source said.

The Syrian army and allied forces captured the al-Jafra district at the edge of Deir al-Zor city on the western bank of the Euphrates, the Syrian military source said. Islamic State terrorists could only escape by crossing the river.

“They have no outlet except crossing the Euphrates towards the eastern bank and fleeing towards the desert, or [the towns of] al-Bukamal and al-Mayadin,” the source told Reuters.

The Syrian Observatory for Human Rights said the army and its allies had encircled Islamic State in the city overnight by taking al-Jafra near the air base. The terrorists hold nearly a third of the city, the British-based war monitoring group said.

The Syrian army pushed into Deir al-Zor city this month, with the help of Russian air power and Iran-backed militias. The advance broke an Islamic State siege of an enclave there and a nearby air base that had lasted three years.