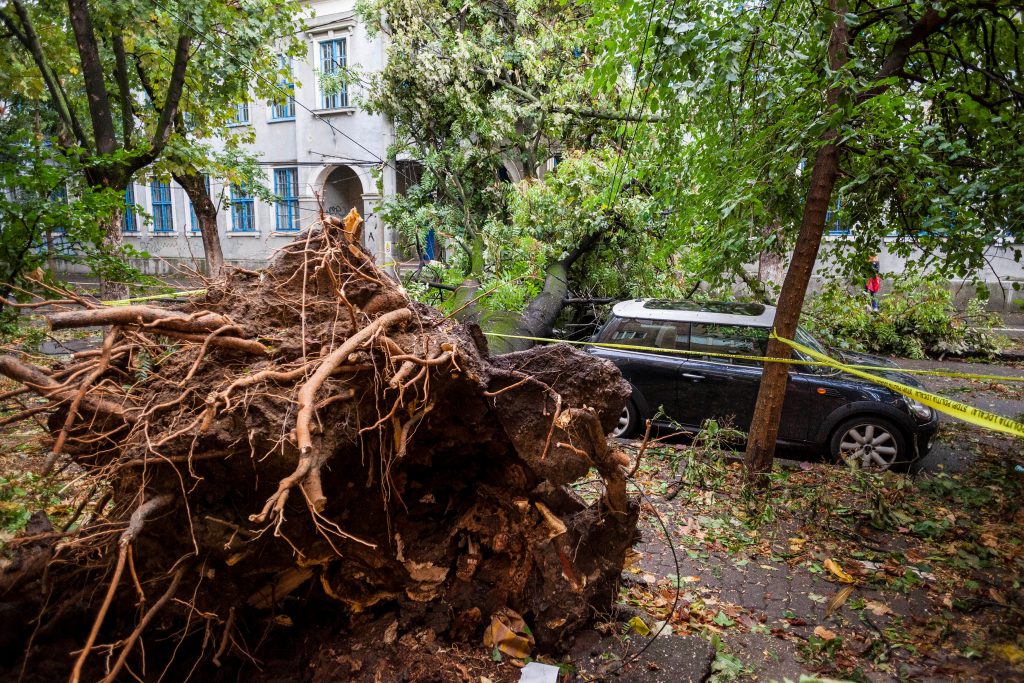 Road and rail traffic was halted by trees felled in winds as high as over 60 mph. Several hospitals, schools and apartment buildings had roofs damaged and dozens of towns and villages were left without electricity.

Some of the casualties were people strolling outside or coming out of supermarkets, the emergency services said. A group of tourists was stranded for an hour in a chairlift in the northern county of Maramures.

Hundreds of firefighters were deployed in the rescue and cleanup operation.

He said the government would help support the communities hit by the storm.

Nicolae Robu, mayor of the western city of Timisoara spoke to local TV station Digi24 as he was surveying the scene outside.

“There are dozens of trees on the ground, roads blocked, we are out of electricity and water. There are roofs torn off houses, apartment buildings. There are overturned trucks. I’ve never seen anything like this.”

The national weather agency has issued warnings of strong winds and rainstorms for western counties.

Emergency responders have urged people to take shelter indoors, unplug household appliances and park in areas not close to trees or power lines.