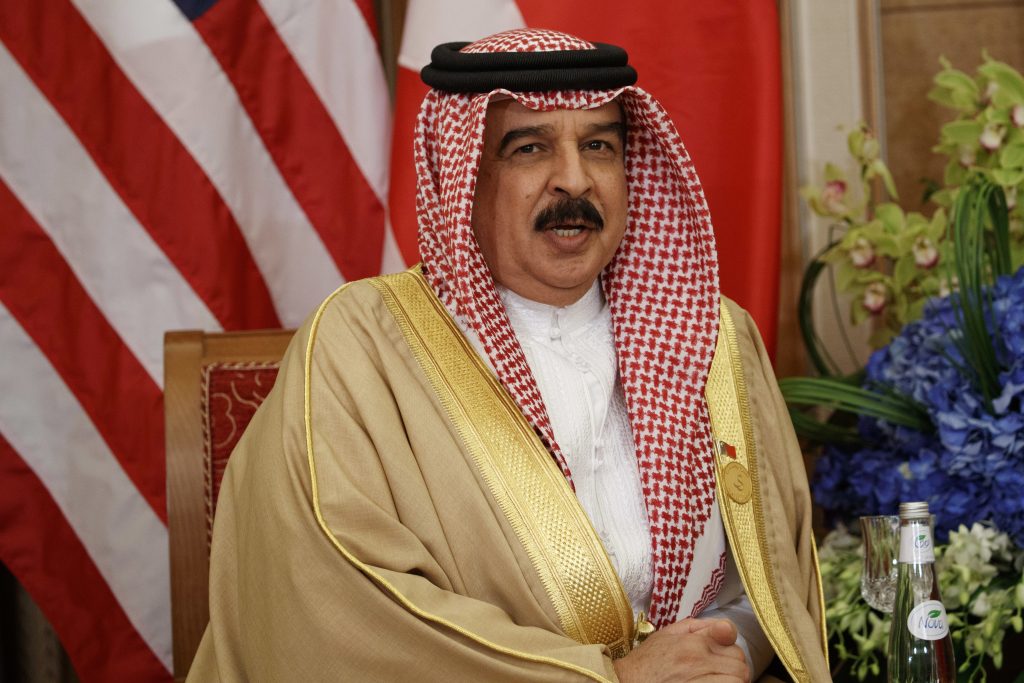 Bahrain’s King Hamad bin Isa al Khalifa has told the head of the Simon Wiesenthal Center that he is against boycotts of Israel and Bahrainis are permitted to visit Israel.

The Jerusalem Post reports that King Hamad made the comment to Rabbi Abraham Cooper during an event at the center in Los Angeles to promote support for a declaration condemning religious hatred and violence.

At the multi-national, multi-denominational gathering last week, some 400 representatives from around the world—including Jews, Christians, Muslims, Buddhists and Sikhs—pledged in writing their commitment to tolerance.

King Hamad was said to be planning a Museum of Religious Tolerance in the capital city Manama in the coming months.

Bahrain has no formal relations with the state of Israel.

In a noteworthy moment of tolerance, Arab officials at the event stood in respect for the Israeli national anthem Hatikvah, played by the Bahrain National Orchestra.

A large percentage of the Jewish population fled the country in the wake of riots in 1947 and 1967. However, Jews and other minorities have lived in relative peace with the Muslim majority since then.

Hamad himself has set an example for tolerance. Since 2015, he has celebrated Hanukkah with both Jews and Muslims in attendance.

Bahrain has a population of approximately 1,423,000, 70 percent of whom are Muslims. The minorities include 14.5 percent Christians, 10 percent Hindus, and 2.5 percent Buddhists. The remaining Jewish population is tiny, well under 1 percent, with perhaps 36 to 40 Jews living in the country.

Bahrain sent Houda Ezra Ebrahim Nonoo to head the Bahraini mission in the U.S. from 2008 to 2013, making her the first Jewish woman to represent any Arab country on a diplomatic mission.