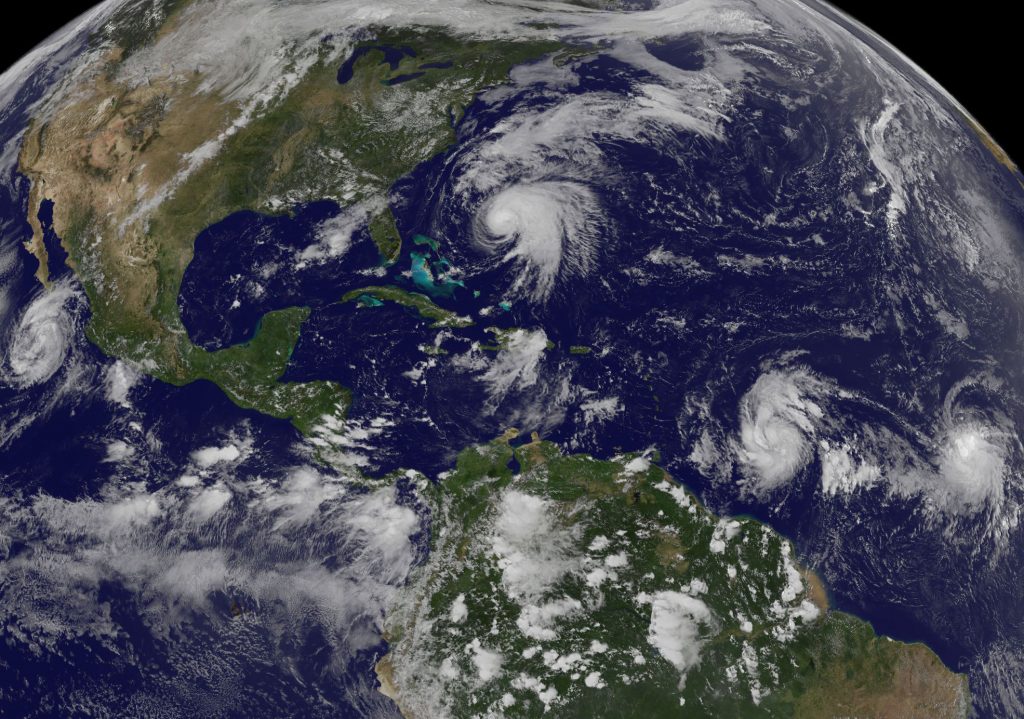 Less than two weeks after Hurricane Irma devastated the region, the Caribbean islands are again under threat from a named storm. Tropical Storm Maria, with peak winds of 65 mph, was located about 400 miles east of the Lesser Antilles on Sunday morning, quickly closing the gap with movement to the northwest at 15 mph.

Fueled by warm ocean water and low wind shear, Maria is expected to reach hurricane strength Sunday. Tropical storm and hurricane watches extend from Barbados to Antigua as Maria should begin to impact the outer islands as early as Sunday night.

Maria will continue to intensify over the next few days, probably reaching major hurricane status (Category 3 or greater) by late Tuesday. By that point, the storm will be on the doorstep of Puerto Rico and the U.S. Virgin Islands. At Maria’s current forecast intensity and path through the Virgin Islands, it would mark the first time that two major hurricanes have passed so close to the island chain in the same season.

Not to be forgotten, Hurricane Jose strengthened slightly on Sunday morning, located some 350 miles off the coast of North Carolina with maximum sustained winds of 90 mph. Jose’s intensity shouldn’t change much over the next 48 hours, as the storm slowly starts to move around the western edge of a large Bermuda High and toward the north.

Tropical storm watches will likely be issued along parts of the East Coast later today, especially along the New England coast where Jose is expected to make its closest pass to the U.S. mainland on Wednesday morning. The NHC notes in its key messages that “any deviation to the left of the NHC forecast track would increase the likelihood and magnitude of those impacts. Interests along the U.S. East Coast from Virginia to New England should monitor the progress of Jose through the next several days.”

Things become a little strange in the forecast period beyond Wednesday. Both the European and American models have indicated that some interaction between Jose and Maria will occur, impacting the path of both storms. It should be noted that as of now, the NHC’s official forecast has Jose making a sharp turn toward the east and out to sea by Friday.

After passing through the Caribbean islands, Maria is expected to continue on a general track toward the northwest, which could put the storm in a threatening position for the U.S. East Coast by next weekend.

However, the large spread in forecast tracks indicates low confidence beyond five days.

Maria’s immediate threat to the Caribbean is very real and very dangerous, while Jose still bears watching for some impact along the coast from Virginia to New England.