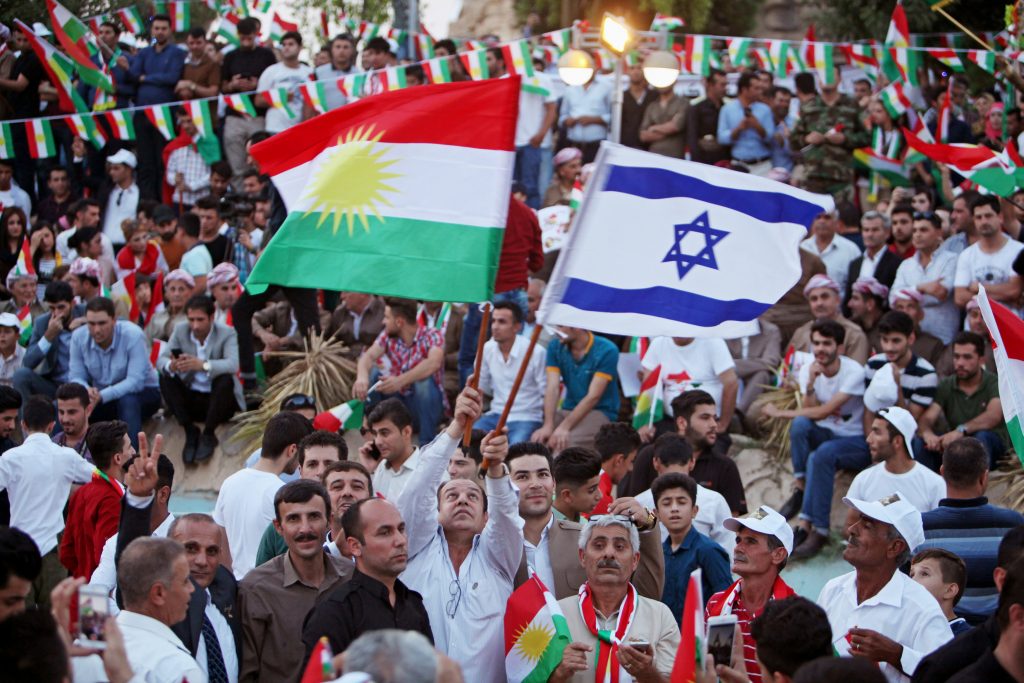 Kurdish reaction to Israel’s endorsement of their struggle for independence has been flag-wavingly exuberant, but others in the Mideast are less enthusiastic.

Israeli flags have been displayed alongside Kurdish flags at independence rallies ahead of a Kurdish independence referendum on September 25. The Israeli flag was seen not only at rallies in Kurdistan, but also in Brussels, Hamburg and Stockholm, The Jerusalem Post reported.

The international community’s response to the referendum has been guarded, and Israel has been the only country so far to support it publicly. The U.S. issued a statement on Friday which said it does not support the move.

“Israel supports the legitimate efforts of the Kurdish people to achieve their own state,” Prime Minister Netanyahu’s office said on September 13.

However, some of the Kurds’ neighbors have been openly hostile.

Iraqi Vice President Nuri al-Maliki warned on Sunday that Baghdad would not tolerate the creation of “a second Israel” in the north of Iraq, the AFP reported.

In a meeting with U.S. ambassador Douglas Silliman, Mr. Maliki said the Kurds must “call off the referendum that is contrary to the constitution and does not serve the general interests of the Iraqi people, not even the particular interests of the Kurds.”

Meanwhile, the Israeli Embassy in Ankara was evacuated on Friday due to a protest demonstration held nearby against the establishment of a “second Israel” in Iraqi Kurdistan.

Utku Reyhan, secretary-general of the ultra-nationalist Homeland Party, branded the referendum a “declaration of war by U.S. imperialism and Israeli Zionism against countries in the region.”

Another demonstration was planned for outside the Israeli consulate in Istanbul on Tuesday.