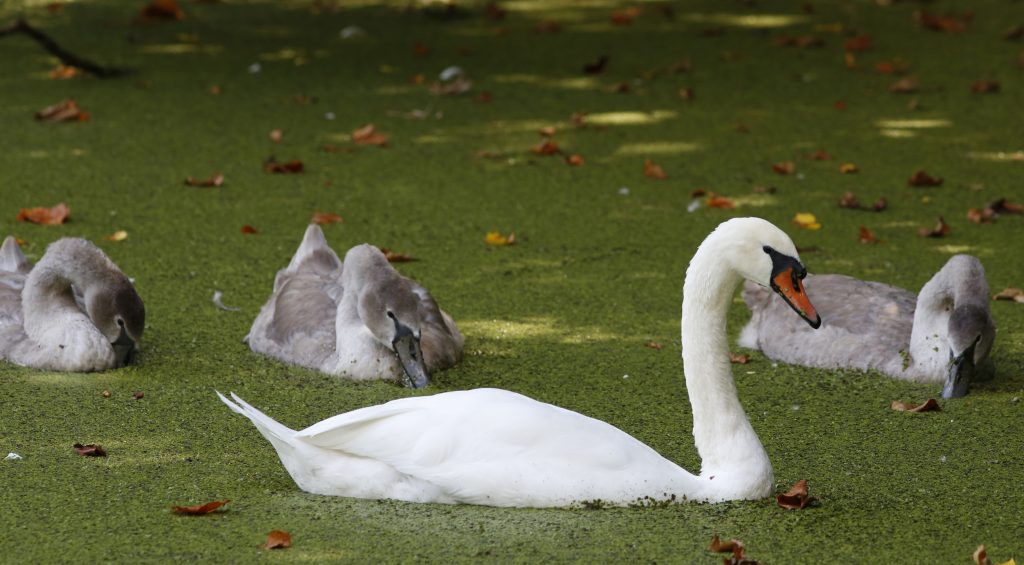 With its snow-white plumage and elegant posture, mute swans are exalted in European ballets and fairy tales as symbols of beauty. But to many wildlife biologists, they are aggressive and destructive invaders in U.S. habitats and must be wiped out.

Native to Europe, the mute swan has multiplied in New York, the upper Midwest and along the Atlantic coast since it was imported in the 1800s to adorn parks and opulent estates. Citing threats to native wildlife, plants and unwary humans, six states now have swan-removal policies that range from egg-shaking to shooting or gassing adult birds.

New York is now on the third draft of its anti-swan program. While less lethal than the original 2013 plan calling for eliminating all of the state’s free-ranging mute swans by 2025, it has nonetheless drawn angry squawks from animal lovers who just want the birds to be left alone.

Most of the state’s estimated 1,700 mute swans are in the New York City area, with a smaller population on Lake Ontario. Like zebra mussels and Asian longhorned beetles, mute swans are classified in New York as nuisance invaders. Biologists say they deplete and damage aquatic vegetation with their voracious feeding, leaving less food and cover for other waterfowl and fish.

“I see them in Prospect Park when I walk my dog or run,” said Jane Seymour, a Friends of Animals employee who lives near the Brooklyn park that has about a dozen mute swans. “People get close to them and take pictures. They really are an attraction.”

But there is an ugly side.

Michigan’s wildlife agency calls mute swans “one of the world’s most aggressive waterfowl species,” attacking native trumpeter swans, loons, ducks and other waterfowl. The agency says it gets reports every year of mute swan attacks on canoeists, kayakers and people who get too close to shoreline nests.

The mute swan population in Michigan rose from 5,700 to over 15,000 in just ten years before management efforts were launched to keep the population and ecosystem damage from ballooning further. The plan there aims to reduce the population to less than 2,000 by 2030.

Maryland wildlife personnel have killed hundreds of mute swans on Chesapeake Bay to protect aquatic plants and native waterfowl. Wisconsin, with about 600 mute swans, has a goal of statewide elimination through shooting adult birds and shaking eggs so they don’t hatch. Indiana, Ohio and Minnesota have similar mute swan reduction policies.

Legal battles over state-sponsored mute swan eradication programs led to congressional action that allowed the U.S. Fish and Wildlife Service to remove the bird from federal protection in 2005.

New York’s mute swan proposal has brought a deluge of protest, prompting the Legislature to pass a bill putting any action on hold for two years and requiring the state to provide more scientific justification for its plan, minimize any killing and hold public hearings. Democratic Gov. Andrew Cuomo signed the bill last fall after rejecting two previous versions.

“Wildlife management can present challenges in trying to balance conflicting interests, such as when a beautiful bird can have harmful impacts,” said Basil Seggos, commissioner of New York’s Department of Environmental Conservation.

The latest swan-reduction plan allows killing of swans upstate that can’t be captured and relocated to facilities where they’ll be confined with clipped wings. Downstate, it emphasizes population control by damaging eggs.

State efforts to eliminate mute swans have public support, albeit less vocal than the opposition.

“People fall in love with them; they don’t understand the broader implications,” said Bill Conners, an IBM retiree in the lower Hudson Valley who’s active in fish and game organizations. He said the state’s professional wildlife biologists should be allowed to manage the species as they see fit. “They are pretty birds, but they don’t belong on the landscape here.”