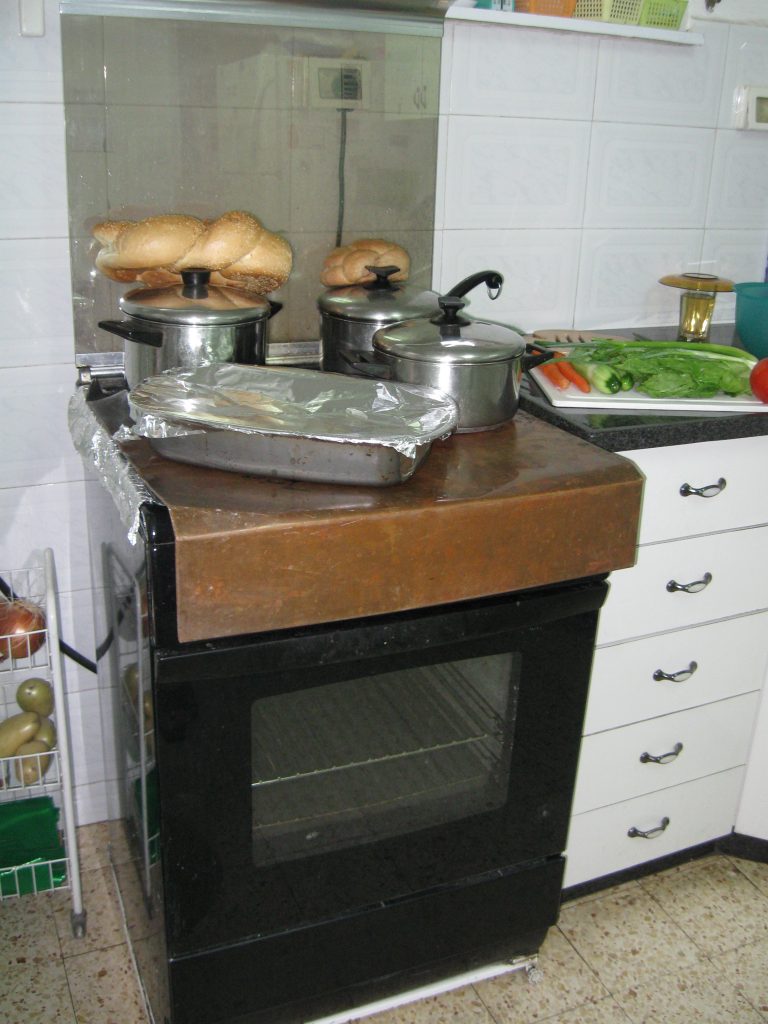 With a three-day combined Rosh Hashanah and Shabbos this week, many families will be preparing three days worth of Yom Tov and Shabbos meals that will need to be heated up. In many households, the way to do that is with the “blech,” the metal sheet that rests on the lit gas stove.

While that might be all right for a single Shabbos, it’s a bad idea for three days straight, the Energy Ministry said in a statement. It would be far better to use  an electric “platah,” a device used to heat up food that runs on electricity. Running the gas for three days straight could lead to both health and safety problems; the former due to carbon dioxide that could mount in an apartment, and the latter to the possibility of fire.

While home cooking gas is safe to use and does not pose a danger, gas is still a dangerous substance, and extended use of fire, especially when it is unsupervised (like during the overnight hours) can be risky. The Ministry has started an extensive ad campaign which will emphasize the importance of safe practices when cooking and heating up food, especially during the upcoming chag, and the best practices to ensure safety, the Ministry said.