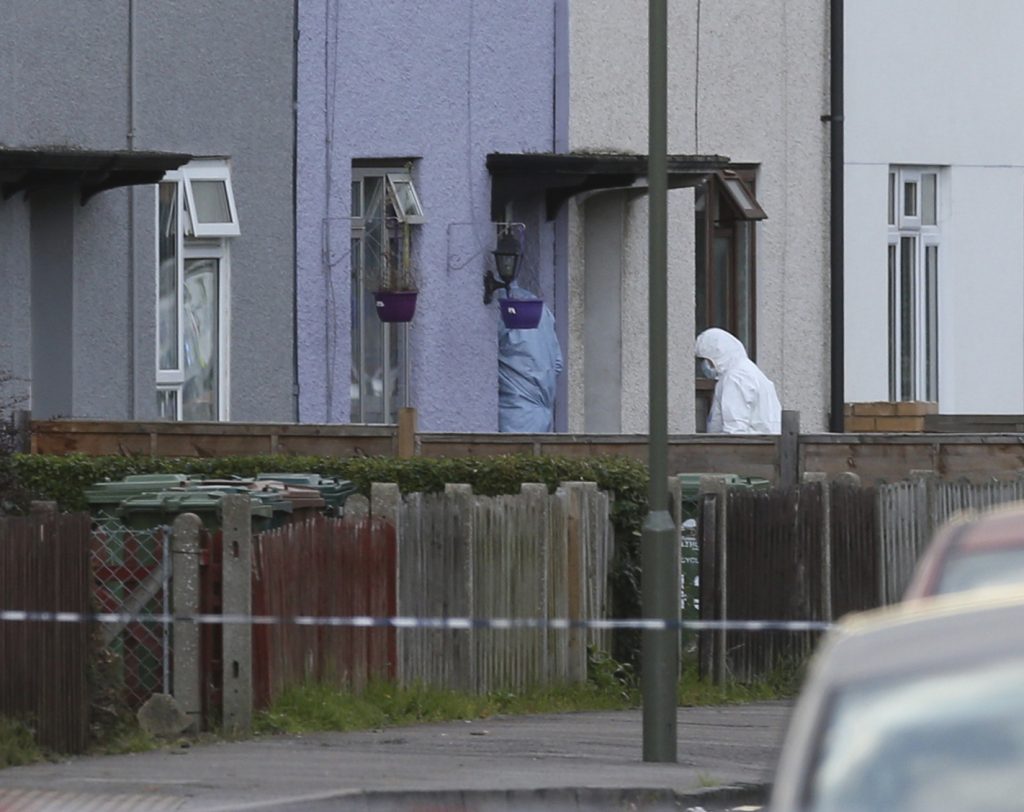 British police made an apparent breakthrough Saturday in the race-against-time subway bombing investigation with what they called a “very significant” arrest, but the country remained on “critical” alert, meaning that another attack is judged imminent.

Police arrested an 18-year-old man in the port of Dover — the main ferry link to France — and then launched a massive armed search in the southwestern London suburb of Sunbury in which they evacuated residents, established a huge cordon and imposed a no-fly zone above the property being searched.

Police did not say that they had nabbed the man believed to have planted the bomb that partially exploded on a crowded London subway train Friday morning, but Home Secretary Amber Rudd and others said the arrest was of major importance.

The man is being held under the Terrorism Act and has been brought to London for questioning. His identity is a closely guarded secret and police have implored the press not to speculate while the inquiry unfolds. Authorities would not say if they thought the man was trying to flee to France on a Dover ferry.

It’s clear that Britain’s police and security services are still worried. Hundreds of soldiers patrolled public areas Saturday, freeing up police for the bombing investigation. Rudd said the country’s terror threat level — which was raised Friday night to the highest possible level — will stay there until the independent Joint Terrorism Analysis Center is convinced the threat of imminent attack has eased.

The homemade bomb on the rush-hour train only partially detonated — Rudd said it could have been much worse — and there are fears that accomplices may have similar devices. Experts said the bomb could have caused many fatalities if it had functioned properly. Three of the 29 people injured by the blast remained hospitalized Saturday.

Rudd, frustrated by the string of terrorist attacks in recent months, said officials will have to work harder to make bomb components more difficult to obtain.

“[We must] make sure to take all steps that we can to ensure the sort of materials that this man was able to collect” are harder to find, she said.

The fast-moving inquiry shifted to the pleasant town of Sunbury, where neighbors were ordered to evacuate immediately by police.

Police did not reveal details about the search, but the precautions suggested concern that there might be explosives or violent extremists on the property. The Islamic State terror group has claimed one of its units planted the bomb.

Security at seaports and airports have been increased after the attack. Officials have hinted there may be more than one person involved, but haven’t released details.

Police are combing through closed-circuit surveillance images and have extensively studied the remains of the partially detonated explosive device, which was contained in a bucket with wires hanging out of it and concealed in a plastic shopping bag.

The train hit by the bomber at Parsons Green station in southwest London had video cameras in each car, and the London Underground network has thousands of cameras at the entrances to stations and along its labyrinth of subterranean and above-ground passageways.

The Parsons Green station was reopened Saturday, restoring some normalcy to London’s transport network after a day of severe disruption. There was no sign of panic among Londoners and the weekend life of the multicultural city continued undeterred.

Britain has endured four other terror attacks this year, which have killed a total of 36 people. The other attacks in London — near Parliament, on London Bridge and near a mosque in Finsbury Park in north London — used vehicles and knives.

In addition, a suicide bomber struck a packed hall in Manchester in northern England, killing 22 people. That attack in May also briefly caused the threat level to be set at “critical.”