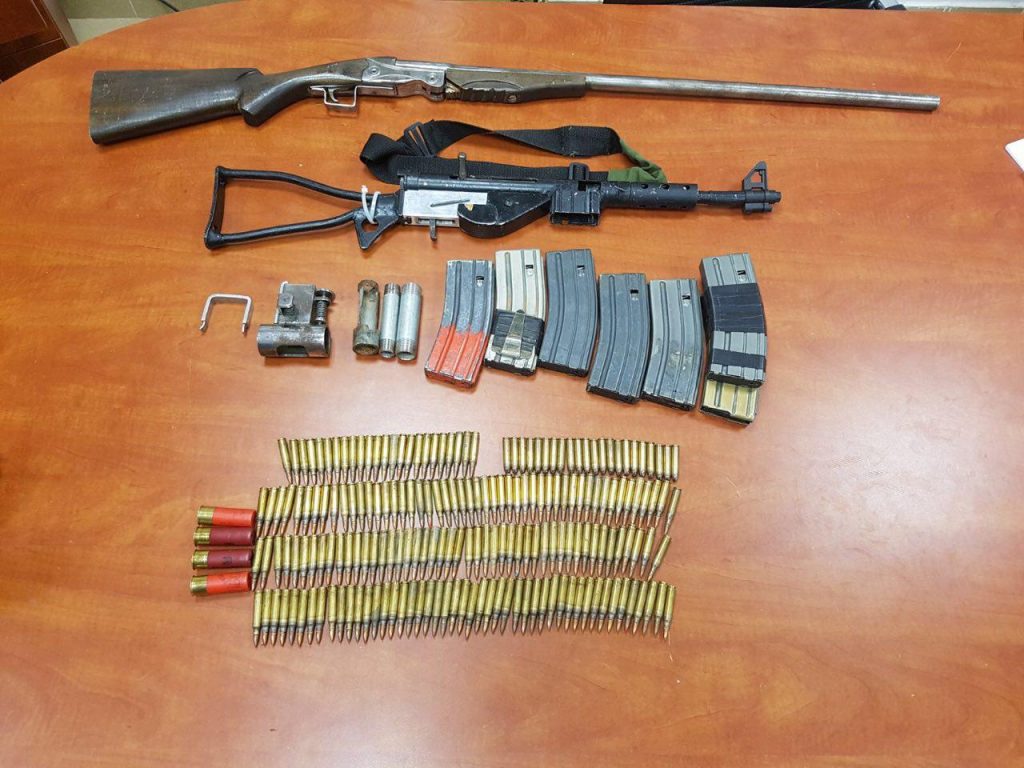 Three former soldiers and Border Guards – brothers from the Galilee village of Sajour – were sentenced Thursday after being convicted of stealing weapons and storing them in their home, with an eye toward selling them. Each of them was sentenced to prison, with terms of between 30 months and nine and a half years, after taking a plea deal with authorities.

Salman Awida, who was a soldier in the Village Unit of the Border Guards, in January 2014 stole several weapons from the base where he was serving, and gave them to his brothers. The weapons were hidden in the family’s house in Sajour. The theft was eventually traced to him, and security officials discovered and seized the stolen weapons. Salman Awida was considered the leader of the group, and thus merited the biggest sentence, Central District Court judge Dana Marshek-Marom said when handing down the sentences.

Salman Awida’s brother Hamad Awida was arrested as well, for his stealing of weapons when serving as a Border Guard in the Old City of Yerushalayim. He is accused of stealing weapons, and of threatening other officers who suspected the theft. He was sentenced to 30 months in prison. The third brother, Midan Awida, also admitted stealing weapons during his service as an IDF soldier. He was sentenced to three years in prison.

The thefts took place in the beginning of 2014, and the brothers brought all the stolen weapons to the family home, where they hid them in a secret stash. They had not yet sold or tried to market the weapons, but officials said they would have eventually gotten around to doing that. They were arrested after a joint police, Border Guard and IDF investigation in March 2014.