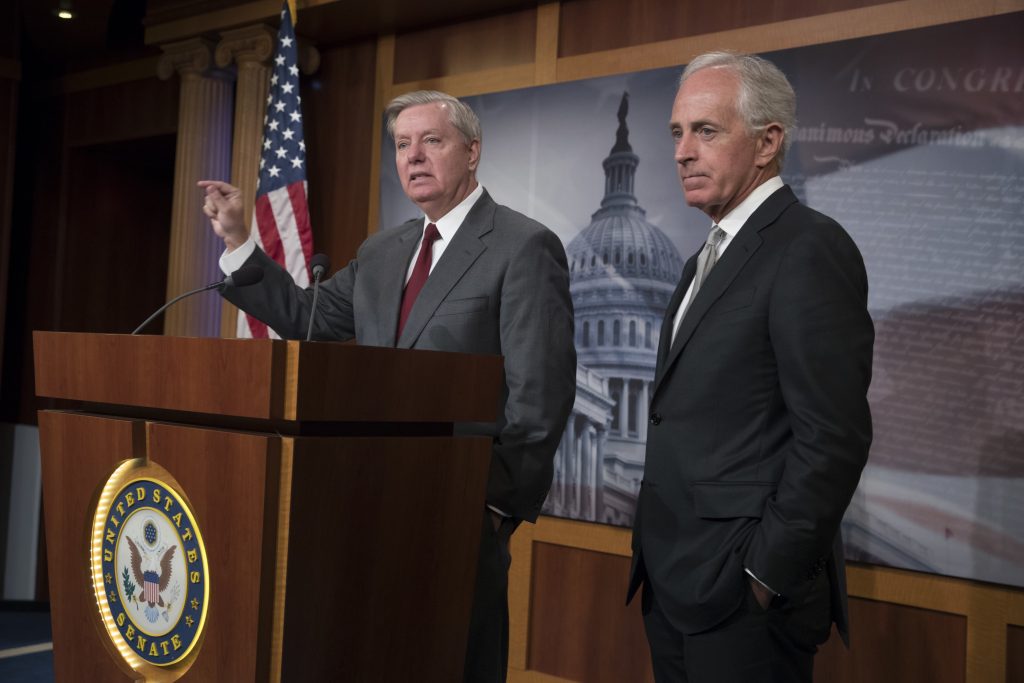 The Trump administration declared its firm support Thursday for a bill that would suspend U.S. financial assistance to the Palestinian Authority until it ends a long-standing practice of rewarding Palestinians who kill Americans and Israelis.

The State Department announcement comes nearly six weeks after the Senate Foreign Relations Committee backed the measure. The legislation, which is named after an American who was stabbed to death in Israel by a Palestinian, reflects bipartisan outrage over what lawmakers have termed a “pay to slay” program endorsed by the Palestinian Authority.

“The Trump administration strongly supports the Taylor Force Act, which is a consequence of Palestinian Authority and Palestine Liberation Organization’s policy of paying terrorists and their families,” the State Department said.

The department added that President Donald Trump “raised the need to end any part of this program that incentivizes violence against Israeli and American citizens with President Mahmoud Abbas last May in both Washington and Bethlehem.”

But the Palestinian Authority has disputed the accusations and called the bill misinformed. Husam Zomlot, chief representative of the Palestinian General Delegation to the U.S., said last month that the program is more than 50 years old and is aimed at giving support to families “who lost their breadwinners to the atrocities of the occupation, the vast majority of whom are unduly arrested or killed by Israel.”

One of the bill’s main sponsors, Sen. Bob Corker, R-Tenn., said the Palestinian Authority has created monetary incentives for acts of terrorism by paying monthly stipends of as much as $3,500 to Palestinians who commit acts of violence and to their families. The amount of the payment depends on the length of the jail sentence they receive for the crime, he said. Corker is chairman of the Foreign Relations Committee.

Taylor Force was an MBA student at Vanderbilt University in Tennessee and a West Point graduate who was visiting Israel in March 2016 when he was killed. Force was from Lubbock, Texas. His parents live in South Carolina.