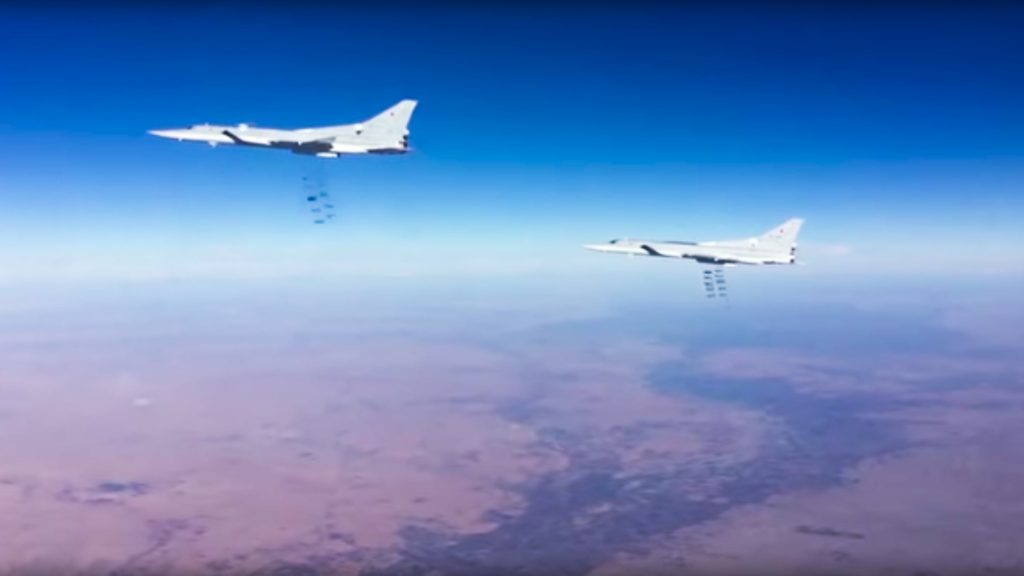 The Russian navy on Thursday fired seven cruise missiles at Islamic State targets in the suburbs of Syria’s Deir al-Zor, the Russian Defense Ministry said in a statement on Thursday.

It said the missiles were fired from two submarines in the eastern Mediterranean from a distance of 600-700 miles.

“The targets were command posts, communication centers, as well as terrorists’ weapons and ammunition stockpiles in areas of southeast Deir al-Zor under the control of Islamic State,” the ministry said.