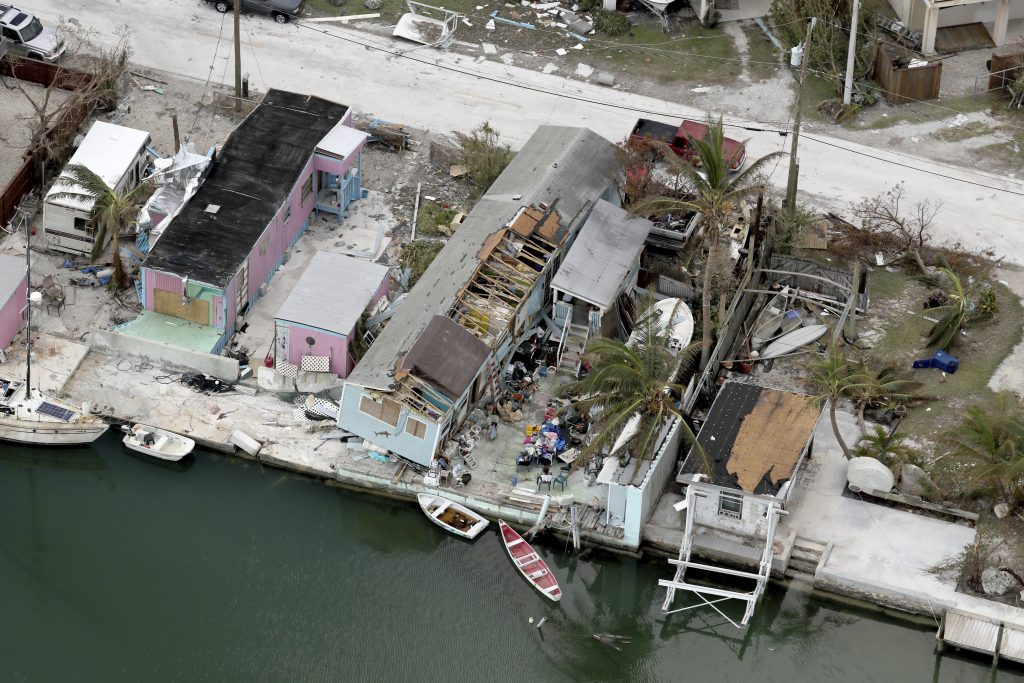 President Donald Trump will hear directly from people affected by Irma’s fury as he makes his third visit in less than three weeks to the storm-wracked South.

President Trump, joined by Vice President Mike Pence, was scheduled to visit Naples and Fort Myers on Florida’s southwestern coast Thursday to meet with those affected by the hurricane and learn more about relief efforts.

He tweeted Wednesday that he planned to meet “with our great Coast Guard, FEMA and many of the brave first responders & others.”

The day trip to Florida follows two earlier outings in which Trump took in Harvey recovery efforts in late August. During the president’s first trip to Texas, immediately after Harvey, he drew criticism for having minimal interaction with residents, seeing little damage and offering few expressions of concern. On his second trip, with stops in Texas and Louisiana, he was more hands-on, visiting with those driven from their homes by Harvey, touring a Houston mega-shelter housing hundreds of displaced people and briefly walking streets lined with soggy, discarded possessions.

The president monitored Irma over the weekend from Camp David, the presidential retreat in Maryland.

Nearly half of Florida was engulfed by Irma, which left flooded streets, damaged homes and displaced residents in its wake. The Keys felt Irma’s full fury when the hurricane roared in after wreaking devastation in the Caribbean, but the extent of the damage has been an unanswered question because some places have been unreachable.

Florida’s southwestern coast, where President Trump was headed, is a haven for retirees seeking warm weather and beautiful sunsets across the Gulf of Mexico. Many communities there are still cleaning up or are without power or air conditioning.

In Lee County, which includes Cape Coral and Fort Myers, the Florida Emergency Management Agency said 66 percent of the area’s 290,000 electrical customers were still without power Wednesday. Widespread outages led to long lines outside the relatively few stores, gas stations and restaurants that had reopened.

The situation was even worse to the south in Collier County, where Naples is located. Days after Irma passed, almost 80 percent of homes and businesses were still without electricity there, and floodwaters still covered some communities entirely.

As of Wednesday, the number of people without electricity in Florida’s late-summer heat was 6.8 million — about a third of the state’s population. Utility officials warned it could take 10 days or more for power to be fully restored. The number of people remaining in shelters fell to under 13,000.